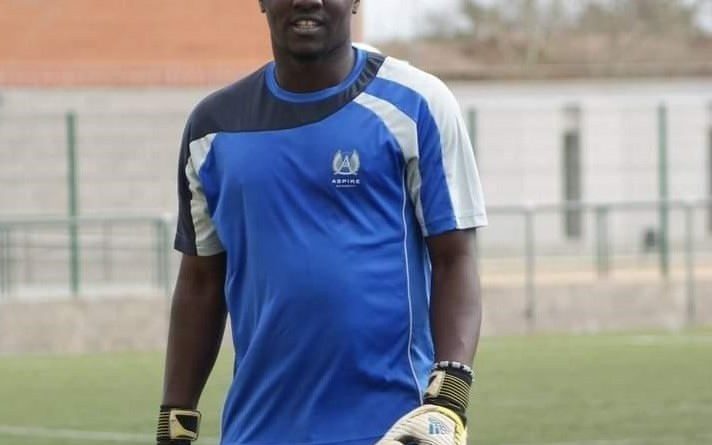 Nigerian goalkeeper John Felagha was in a playful mood looking very hale and hearty just few minutes before he died in Saly, Senegal on Sunday.

A member of the administrative staff of the centre who spoke with Extrasportsnigeria.com said Felagha was seated with other members of the Aspire Centre at lunch time watching the television when he excused himself to pick up a material from his room. He never made the short trip back to the lounge as he died right at the door of his room.

The official who spoke on the condition of anonymity as he was not authorised to speak to the public on the matter said, “Yeah, he was the Assistant Goalkeeper Coach with us here. He left us in the TV room to pick up something in his room at about 1.30pm but moments afterwards the academy Physio raised the alarm when he found him on the floor by his door. He tried to revive him as we joined him because he (Felagha) was unconscious. We quickly called in the ambulance team but they declared him dead when they examined him.

“Every happened so quickly and quite a shock to everyone.”

The late goalie was also a part of 2013 FIFA U-20 World Cup. Soon afterwards he joined the Belgian side KAC Eupen in 2013 in the Jupiter League.

Felagha, who was a staff of the Aspire Academy, was awaiting return to Nigeria on holidays. The Nigerian air space has not been opened up to international flights since it was shut down in March due to the Coronavirus pandemic.

He was among the first set of Nigerians selected for the Aspire Football Dreams Project.

The Aspire Academy in Saly is a familiar one to Nigerian football and basketball with a number of the country’s youngsters training there. The facility was used as a training centre for the Super Eagles B Team (CHAN) and some other teams during the 2019 WAFU Cup.