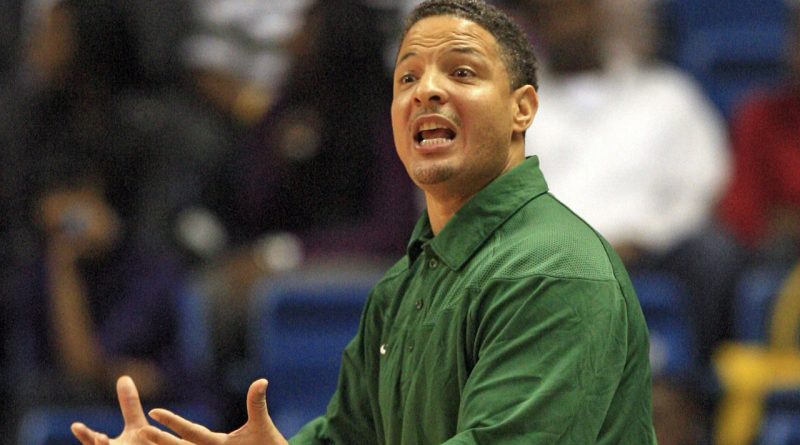 The Nigeria Basketball Federation has appointed Otis Hughley as an immediate replacement for Sam Vincent who was fired as Head Coach of the women’s basketball team on Thursday, reports Extrasportsnigeria.com.

The appointment of the former NBA coach was finalised after the NBBF approved his programme for the D’Tigress’ participation at the World Cup in Spain.

NBBF President, Musa Kida said the federation settled for Hughley as it became apparent that he was the “most immediate available option.”

Kida said since Vincent was not sacked because of poor results but that based on issues surrounding conflicting professional engagements, it was wise to replace him with a coach that would be readily available.

He said, “We needed to take a proactive step in the interest of the team who are preparing for the World Cup. We needed to fill the vacuum immediately and continue our preparation for Spain.

“For many, parting ways with Vincent at this time was not a good decision, but it was a difficult decision we had to take in the overall and long term interest of the team.”

Otis had previously led Mobile’s LeFlore High School, Alabama, USA to six state tournaments and one state title before getting hired as an assistant coach by the Sacramento Kings in the NBA.

The federation say they are optimistic Hughley would bring his wealth of experience to bear on the team as they prepare for their World Cup campaign.

“We still have about 50 days to train and get ready for the competition and we are confident that the time frame will be enough for any good coach to train and shape a team into a strong contender.”

Paired in Group B alongside Argentina and Turkey, the current African champions will start their World Cup campaign against Australia on Saturday, September 22