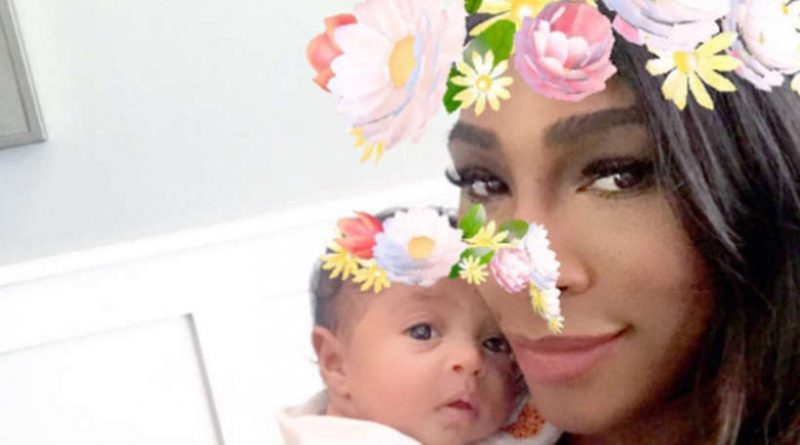 Serena took to social media late on Thursday while at work without her infant daughter Olympia.

The 36-year-old tennis ace used Snapchat to document shooting a tennis scene for a commercial.

“On set working and thinking about Olympia. I miss her,” Serena said of her three-month-old baby girl.

Serena ended the clip with a frown and a crying face emoji at the bottom of the frame.

The 23-time Grand Slam singles champion posted an adorable Snapchat video on Wednesday of her and Olympia.

Serena sweetly kissed her child on the cheek while playing around with various filters. The tennis star and Reddit co-founder Alexis Ohanian welcomed Olympia on September 1, Daily Mail reported.

The couple got engaged in December 2016 and were married last month during a star-studded celebration in New Orleans. Alexis was a speaker at a Microsoft event on Wednesday in San Francisco.

Serena could is set to make her return to tennis at the Australian Open that begins in mid-January.