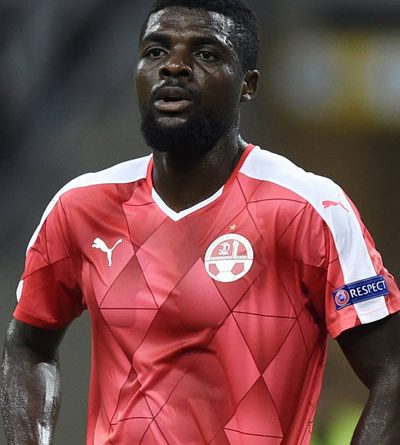 Hapoel Beer Sheva midfielder John Ogu says he has put behind him the unfortunate incident he had with the Israeli Police who stopped him on suspicion of drunk-driving.

Israeli daily www.one.co.il had reported that the 28 year old Nigerian midfielder was arrested for driving while under the influence.

But in an interview with Completesportsnigeria.com shortly before his club’s training session on Tuesday, Ogu insisted he was not arrested after being breathalysed by the police, but his driver’s license has since been suspended for 30 days.

He said, “I was five minutes away from my home when the police stopped me and friends on our way home from a party.”

“I drank at the party but I wasn’t drunk. But to them they felt otherwise after the tests.

“So they (the police) stopped me and from the tests it revealed that I had alcohol in me when I was driving. So I was stopped from driving for 30 days.

“I was never arrested.”

But despite the attempts to absolve himself of wrong doing, the 28 year old also issued an apology promising never to flaunt the rules again.

“I have put that behind me now, and I’m in training, ready to give my best to the team to ensure we do well against Honved Budapest in the second qualifying round of the UEFA Champions League next week.”