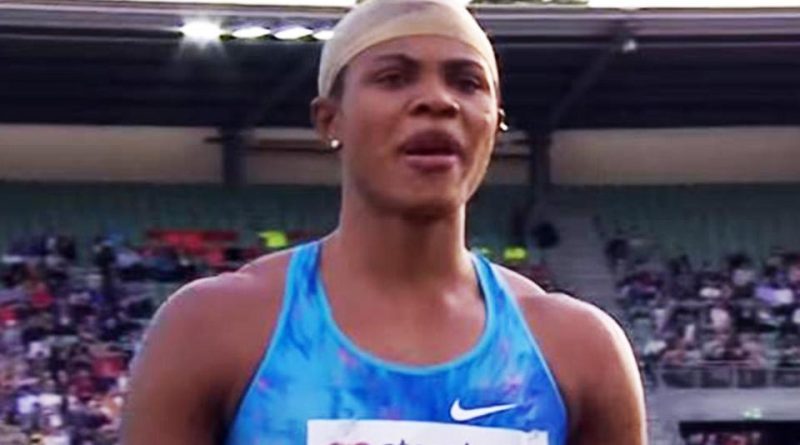 Nigeria’s Tosin Oke has been cleared by the IAAF for the 16th edition of the World Championships billed to begin on Friday in London. Nigeria is sending a team of 17 athletes to compete in nine events.

Blessing Okagbare-Ighoteguonor, the nation’s most successful athlete in the history of the championships with two individual medals and three

100m final appearances will spearhead the charge for honours at the flagship event. She arrived in London on Tuesday.

Athletics Federation of Nigeria media officer gave a full run down of the upcoming events. No Nigerian will be in action on the opening day of the championships but of interest to Nigerians is the fact that Usain Bolt will begin the final countdown to his retirement in the men’s 100m from 8.20pm at the London stadium where he won his second 100m Olympic gold in 2012.

Shot Putter Chukwuebuka Enekwechi will begin his chase for a podium appearance on the morning of the second day of the championships. It

will be the first time he will be donning the green and white colours of Nigeria and he will be a hoping a repeat of his 21.07m personal season’s best will guarantee him a place in the final which will make him the first Nigerian to qualify for the final of the event.

Another debutant, Nathaniel Samson will take his turn, this time in the men’s 400m as he hopes to make a memorable debut at athletics’ biggest stage.

Okagbare-Ighoteguonor will then take the stage a few minutes before noon in the women’s 100m heats as she hopes to make it four consecutive appearances in the final of the blue ribband event.

The evening session of Day 2 will focus more on Bolt who should be running in the 100m final at 9.45pm.

The quartermile trio of Yinka Ajayi, Margaret Bamgbose and Patience Okon-George will open Day 3 of track and field action for Nigeria. While Ajayi and Bamgbose will be making their debut in the championships, Okon-George will strive to make it at least a back-to-back semi-final appearance in the event. She raced all the way to the semi-final two years ago in Beijing at the 15th edition of the championships.

Okagbare-Ighoteguonor and Enekwechi Nigeria will likely make her first podium appearance at the championships. For the two, history beckons. While the former will be hoping to become the first Nigerian, man or woman to win a blue ribband medal, the latter will hope to join the likes of Ajayi Agbebaku (triple jump in 1983) and Glory Alozie (100m hurdles in 1999) as debutants who made it to the podium.