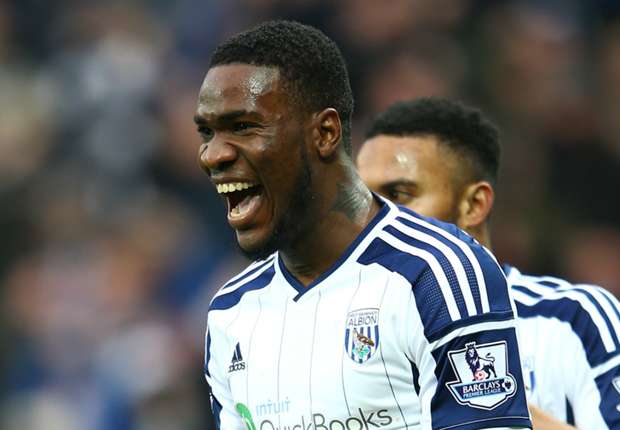 Super Eagles striker Brown Ideye has finally left his Greek side Olympiakos for Chinese Super League side Tianjin Teda who also have Mikel Obi as a member of their team. The former Olympiakos striker joins a growing Nigerian influx into the CSL that includes Obafemi Martins, Odion Ighalo and Anthony Ujah.

Ideye who was signed two years ago from English side West Bromwich Albion, has been in an improved form for Olympiakos. He scored 13 goals last season as the Greek side won the league. His 15 goals hit this term has seen his stock rise but Olympiakos, reeling from financial constraints have decided to cash in and sell Ideye to the Chinese side.

The Greek team also failed to qualify for the group stage of the current UEFA Champions League which means revenues will not be coming in as expected and they had to sell to get some money into their vaults.

The deal is worth a reported €12m and with a salary of about €3.5m every season, Ideye has become the sixth highest paid Nigerian player.