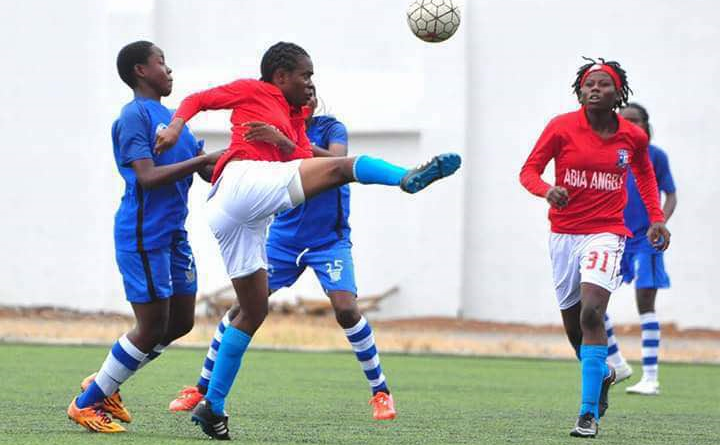 FC IfeanyiUbah and Sunshine Stars have booked their places in the last four of the Aiteo Cup after victories in Saturday’s quarter-final games.
IfeanyiUbah showed that their three-goal advantage from the first meeting of the last eight against ABS FC who have been relegated from the Nigeria Professional Football League (NPFL) was no fluke.
This time playing at the Kwara Stadium in Ilorin, home of ABS, the Anambra Warriors claimed a 1-0 win to make it four-nil on aggregate.
Patrick Ikeokwu scored the winning goal with 16 minutes to time to ensure Ifeanyiubah sealed their passage into the last four and will await the winners of the Plateau United versus Niger Tornadoes fixture.
The Plateau United – Tornadoes match billed for Saturday did not take place owing to heavy rainfall in Jos. The game will hold on Sunday morning from 8am local time (7am GMT).
Tornadoes hold a two-goal lead against the Nigeria league champions.
The second quarter-final second leg match between Sunshine Stars and Osun United in Ijebu-Ode produced an exciting outcome and four well-taken goals after a goalless first 45 minutes.
Sunshine Stars leading scorer this season Ajibola Otegbeye got his team’s noses in front with a poacher’s finish inside the box after Osun United failed to clear their lines. His goal temporarily put the Akure Gunners on level terms at 1-1 aggregate. Fourteen minutes to the end of the contest, Tosin Omoyele scored a vital away goal for Osun United by powering the ball with his head past Henry Ayodele. It was the second time the young striker would score against their much illustrious opponents over two legs.
It was looking like Osun United were going to produce one of the biggest upsets in the cup competition until they conceded a spot kick after Chigozie Obasi was ruled to have handled the ball in his box.
Sikiru Alimi made no error from the spot to give Sunshine Stars the lead on the day but on aggregate it was 2-2 with Osun United having the advantage of the away goal.
Just as Osun United thought they could hold on for the last six minutes of the game, Otegbeye popped up with the third goal to ensure Sunshine Stars squeeze into the last four.
The fourth quarter-final between Akwa United and Katsina Feeders will take place on Sunday, starting with the first leg.