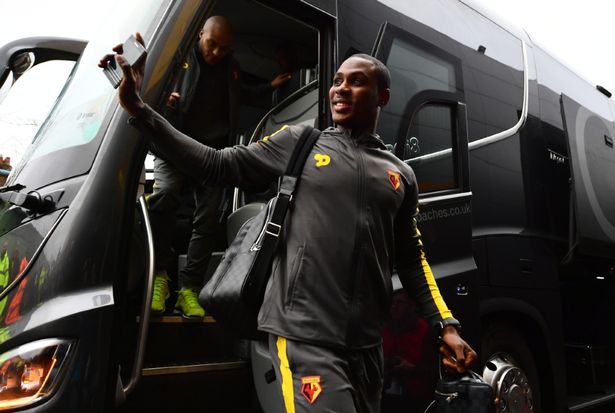 Odion Ighalo became the latest Premier League player to head to China when Watford agreed to sell him to Changchun Yatai for a reported club record £20m ($25m, 23.3m euros) on Tuesday. Watford confirmed the details just before the transfer deadline.

The 27-year-old – capped 12 times by Nigeria – enjoyed a superb season for the Hornets last term scoring 17 goals on their return to the Premier League and also reaching the FA Cup semi-finals.

He was rewarded with a new five-year contract last August but this campaign has seen his form fall away completely and he has scored just once.

“The Hornets can confirm that Odion Ighalo has agreed a permanent move to Changchun Yatai,” read a statement on the club website.

“All at Watford FC thank Odion for his contributions to the club, and wish him the best of luck for his future career.”

Ighalo, who scored 39 times in 100 appearances during his two-and-a-half year stay at Watford, initially arrived on loan from Granada in July 2014, a move which was made permanent three months later.