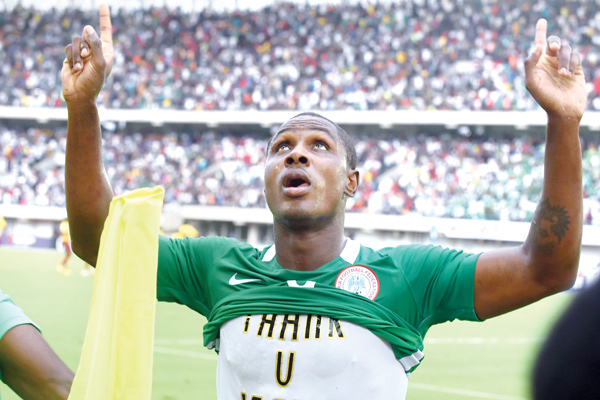 Super Eagles striker Odion Ighalo is sure that Nigeria would reach the last 16 at the Russia 2018 World Cup which kicks off in less than a week from today, Extrasportsnigeria.com reports.

Nigeria is drawn in Group B which also has Argentina, Iceland and Croatia. The Super Eagles Nigeria face a daunting challenge to advance into the round of 16 in the World Cup, but the China-based Ighalo says he is confident that Nigeria can move past the group stage. He made his view known in an interview with Xinhua.

Ighalo said he has dreamed of playing in the World Cup since he was a little child.

He said, “I used to play in the teenage World Cup, but (this is my first time) participating in the actual World Cup and winning the Cup is every player’s ultimate goal, including mine.”

When asked about his state of mind before the World Cup, Ighalo said that he would fight not only for Nigeria but also for Changchun Yatai and his Chinese fans that have always supported him.