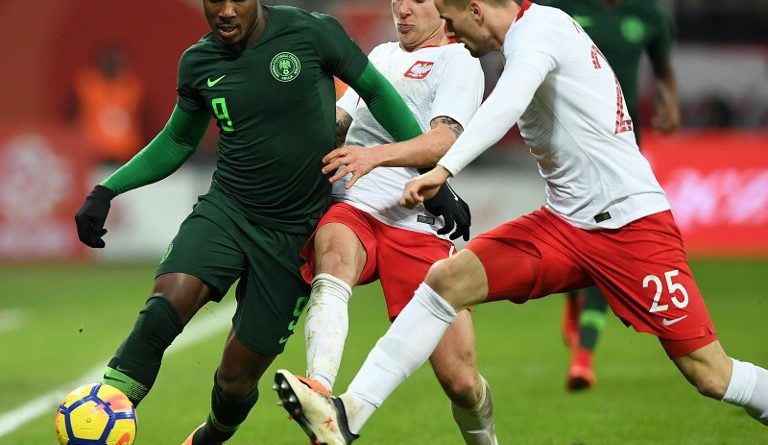 Nigeria manager Gernot Rohr says he is keeping faith with Super Eagles attacker Odion Ighalo despite the player’s below par performance at the Russia 2018 World Cup. The China based attacker was singled out by pained Nigerians for his role in Nigeria’s group match loss loss to Argentina with some people abusing and threatening his family. But the coach who took him to the World Cup says he will keep faith with Ighalo because of his past record and the strong belief that he could silence his critics.

Rohr said in Lagos on Friday, “He has been a good player for the time past even though fans criticised him after the World Cup. And if not for anything he should use this opportunity to silence his critics and I am sure he should be able to achieve that.

Coach Rohr released a list of 24 players who will play the 2019 Africa Cup of Nations qualifier against Seychelles in Victoria on Friday, 7th September, reports Extrasportsnigeria.com.

The three goalkeepers are those who made the final cut for the FIFA World Cup finals in Russia in the summer, but the defence has two new boys in England-based Semi Ajayi and Germany-based Jamilu Collins, while Olaoluwa Aina, overlooked for the World Cup, has been recalled.

Mikel Obi, Moses Simon, Shehu Abdullahi and Tyrone Ebuehi have all been ruled out of the qualifying match. Rohr explained they were dropped because of their various levels of injuries and told journalists they will be sorely missed.