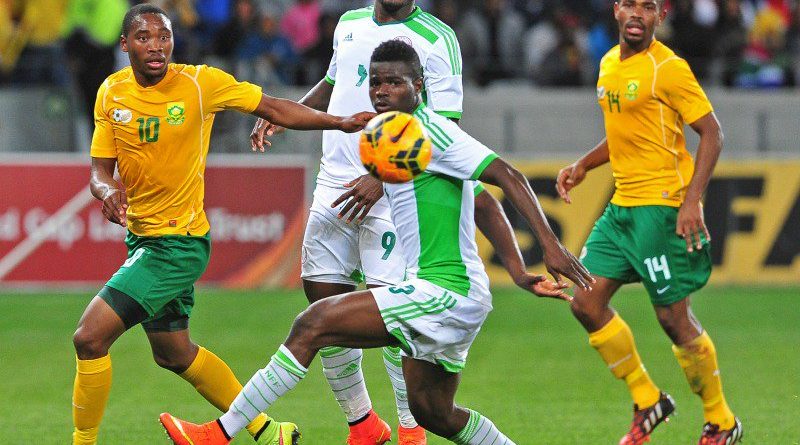 The Super Eagles camp in France is bubbling again with most of the place already in for the friendly match fixed against Togo for Thursday. Eagles Media Officer, Oluwatoyin Ibitoye confirmed via his Twitter handle that the player who went to England after the game against Corsica was back, Extrasportsnigeria.com reports.

Ibitoye tweeted, “Kelechi Iheanacho, who left the Paris camp on Saturday to clear up some personal matters is back in camp.”

“Training was turbocharged today. We’re happy to welcome @alexiwobi to training. He was part of the winning (9- a side) team,” a tweet on the official handle of the Eagles stated.

Some others in camp for Togo friendly are Musa Ahmed, Olanrewaju, Onyekuru, Ndidi and Odey. The game against Togo is in preparation for the African Nations Cup qualifying match against South Africa.

The SuperSport United tactician was named as Ephraim Mashaba’s permanent replacement earlier this month and he begins his job against Nigeria in Uyo on June 10.

Jordaan said in a statement on the SAFA website: “The year 2017/18 is going to be very important, most importantly for participation and qualification for Bafana Bafana. One of the biggest tests is, of course, the match against Nigeria in Uyo for the AFCON qualifier.

“The coach has recently announced his team and this is the first big test for him. I don’t think it is often that coaches start off with such huge tests. I remember when Gordon Igesund was appointed; his first task was against Brazil away in Sao Paolo. It was a huge challenge for him even though the team played well and lost 1-0.

“Looking back at the last three matches, we did well against Nigeria and I think we have a good chance against them. I think the psychological issues around playing against Nigeria are gone now.

“Most of the Bafana Bafana players that have been selected have played against Nigeria on multiple occasions.”