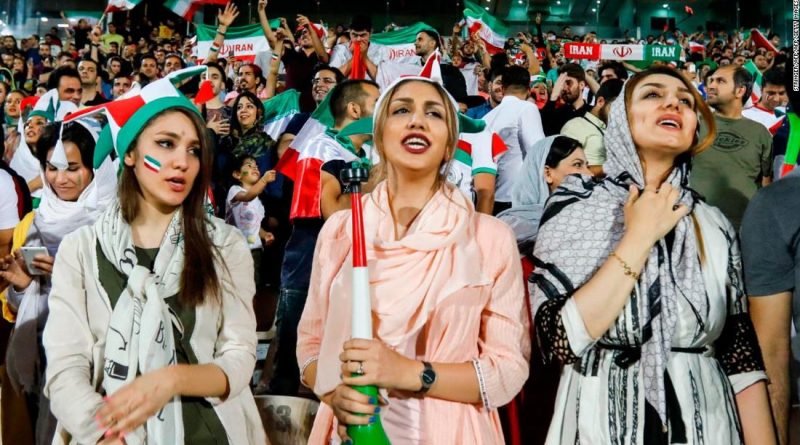 History was made at Tehran’s Azadi Stadium as 4,600 women were permitted entry for the first time in almost 40 years to watch Iran’s FIFA World Cup 2022 qualifier against Cambodia, Insidethegames reports.

An unofficial ban on women entering stadiums had been in place since the 1979 Islamic Revolution, but came to an end as women flooded into the stadium to watch their side’s 14-0 triumph.

The Iranian Football Federation (FFIRI) initially allocated 3,500 tickets for women after pressure from FIFA and human rights groups in the wake of protester Sahar Khodayari’s death in September.

Khodayari set herself on fire outside a court in Iran’s capital city after she was summoned to face charges for attempting to enter the Azadi Stadium disguised as a man.

When the tickets sold out in less than an hour, an additional 1,100 were made available.

Men and women were kept apart inside the Azadi Stadium, with special sections set aside under gender segregation.

Football fans took to social media after the game to celebrate a victory for women in Iran, with emotional scenes from Tehran trending on Twitter.

Abbasali said afterwards: “I didn’t think we could come to the stadium one day, but I’m happy it has happened.”

Many are heralding a new dawn for female sports fans in Iran, but Amnesty International has hit out at FFIRI’s relaxation of the ban as a “cynical publicity stunt.”

He said prior to the game: “Iran’s decision to allow a token number of women into the stadium for tomorrow’s football match is a cynical publicity stunt by the authorities intended to whitewash their image following the global outcry over Sahar Khodayari’s tragic death.

“Anything short of a full reversal of the ban on women accessing all football stadiums is an insult to Khodayari’s memory and an affront to the rights of all the women of Iran who have been courageously campaigning for the ban to be lifted.”