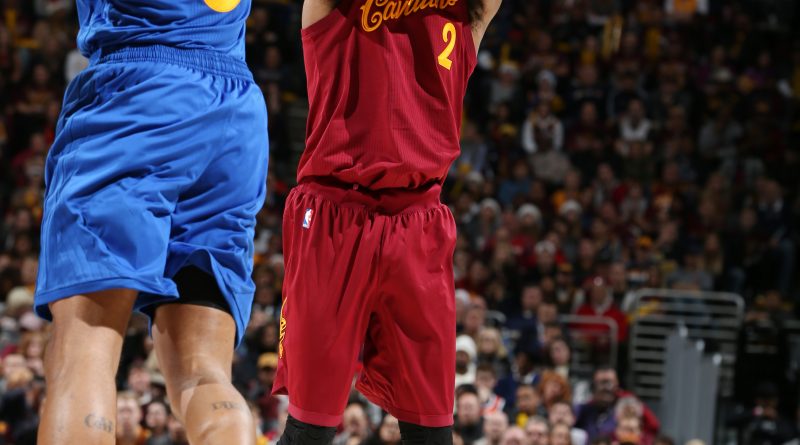 The Cavaliers – who rallied from 3-1 down in the championship series last season to deny the Warriors a second straight title – trailed most of the game and were down by as many as 14 earlier in the fourth quarter.

LeBron James’s rim-rattling dunk with 1:43 to play put Cleveland up 105-103 – their first lead since early in the first quarter – and Irving capped the comeback with a clutch shot that recalled his championship-winning three-pointer in the final minute of game seven last June.

A beaming Irving said it was the perfect holiday treat.

“It’s nothing like the playoffs,” Irving said, “but the intensity was up there. This is what you want to be a part of as a professional.”

Irving finished with 25 points, while James had 31 points and 13 rebounds. Kevin Love had 20 points and six rebounds for the Cavs.

Kevin Durant, who arrived at Golden State as a free agent in the off-season, was superb in his first appearance in the Warriors-Cavs rivalry.

Durant scored 36 points and pulled down 15 rebounds. But after Irving’s key basket he was unable to get off a potentially game-winning shot, getting tangled with Richard Jefferson and hitting the floor. No foul was called and time ran out.

“I was trying to make a move. I didn’t fall on my own,” an irked Durant said.

NBA Most Valuable Player Stephen Curry scored 15 points but connected on just four of 11 from the floor. It was a modest showing for the prolific Curry, but his three-pointer with 1:14 to play put Golden State up 108-105.

Curry gestured to the Cleveland crowd in celebration, but it proved to be too soon.