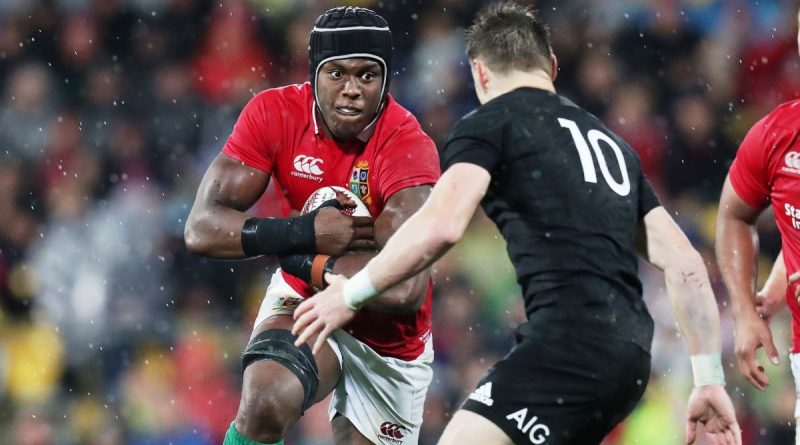 On Saturday two young men with Nigerian heritage will bring their brawn, brains and undoubted athletic ability to bear for the England rugby team against the Springboks (South Africa) in the first match of three test series which has been dubbed The War of the Roses.

Nick Isiekwe (6 foot 6 inches) joins his Saracens teams mate Maro Itoje (6 foot 4inches) in the second row in what is likely to be a bruising battle in Johannesburg. Itoje has already made a name for himself on the international stage but it will be the biggest test of Isiekwe’s (20) young life.

England is ranked number three in the world with South Africa having dropped to 6th after a disastrous two years under former coach Alistair Coetzee.

Saturday’s match will be historic for the Springboks too. Siya Kolisi becomes the first black man to captain South Africa (and any word rugby powerhouse) in a test series. Kolisi who will be the 60th captain in the 127-year history of South African international rugby has a mountain to climb as South Africa seek to rebuild ahead of the Rugby World Cup next year.

Isiekwe cites Itoje and Anthony Joshua as Nigerian heroes he looks up to.

Nigerians have a long and distinguished history of representing England internationally in rugby, but this will be the first time two men of Nigerian heritage will be side by side playing lock and providing the grunt in the engine room of the England scrum.

As heroes for young Nigerian’s look up to and hope to emulate on the international rugby pitches (hopefully for Nigeria) tomorrow will be a great day to remember.

Nigerian rugby needs Nigerian rugby heroes playing at the very highest level to inspire young kids to play the game and to convince their moms and dads to allow them to play rugby.

Both coaches have a point to prove in this test series too. New Springbok coach Rassie Erasmus, in just his second match in charge, will be desperate to get South African rugby back on track and begin to build some momentum ahead of the World Cup while Eddie Jones – the Australian mastermind now coaching England – has a point to prove after a very poor 6 Nations Championship where everything went wrong.  Jones knows a thing or two about Springbok strengths and weaknesses having been an assistant coach when SA won the 2007 World Cup and it was he who coached Japan to their shock win over the Boks at the last World Cup.

Rugby is an all action, thrill a minute sport and tomorrow with two proud nations hungry for victory it is sure to provide fireworks aplenty.

South Africa has never lost a home test series against England and have won three out of the four tests played at Ellis Park in Johannesburg where Nelson Mandela inspired them to an unlikley victory over New Zealand at the 1995 World Cup. South Africa will be hoping Siya Kolisi will bring out some “Madiba Magic” for his team.

The game will be live on Supersport 1 (channel 221 on DSTV premium). Kickoff is 4 pm Nigerian time.