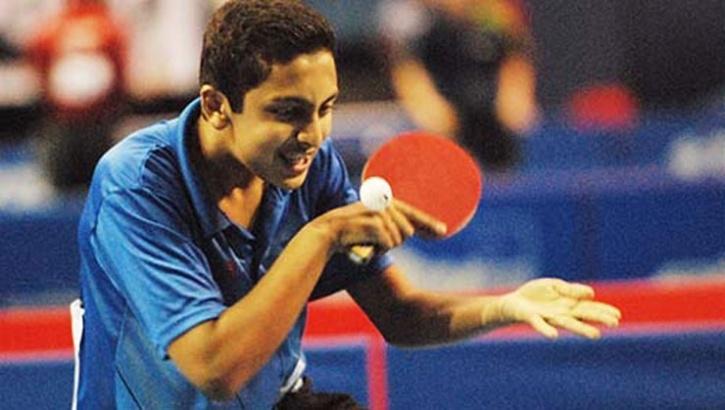 Nineteen-year-old Indian sensation, Mudit Dani has decided to take a foray into the senior cadre when he competes at the ITTF Challenge Seamaster Nigeria Open after spending his first year as an undergraduate student at New York University in United States.

The contingents of India and China are expected to touch down in Lagos on Tuesday in readiness for the qualifying round of the championship holding on August 8 to 12 at the Molade Okoya-Thomas Hall of Teslim Balogun Stadium.

In 2017 when Mudit was studying Management in US, he was away from international scene but he was active as an undergraduate in his school.

Mudit a former ITTF Junior Circuit champion he is unperturbed by the pedigree of stars heading to Nigeria.

“Yes this is my first ever appearance on ITTF’s 3 tier Professional Platform (Challenge Series/World Tour/Platinum Tour) and I would like to thank Table Tennis Federation of India (TTFI) for giving me this opportunity,” he said.

Speaking on what he knew about Nigeria Open, Mudit Dani said, “Talking to the Indian players who played at last year’s Nigeria Open, I heard that it is one of the best events to play at. The stands are full of loud and enthusiastic supporters that appreciate and understand table tennis. They are extremely proud of their Nigerian players but also show a lot of love and support to international players – something that is not so common at other world events. In short, they make you feel warm and encourage you to do your best, and I can’t wait to play in front of them.”

He then added: “I just received a confirmation of my participation a few hours ago, and the excitement hasn’t completely sunk in yet. To be very honest, I haven’t gone through the list of players very closely just as yet, but I can see that many high ranked players are coming.

“Finishing on the podium would be a dream comes true in my first senior event, but my main aim for this event would be to express myself and play to my potential against the best of the best in the world. Just competing and interacting with players I have grown up watching on YouTube and TV is going to be a fantastic experience. I think I will be coming in with no expectations as the famous saying goes “expectation is the mother of all frustration.” Being my first senior event, I just hope to be able to bring out my A-game, play hard, yet fair and soak in this valuable experience. Irrespective of results, this tournament will surely be a very special few days in Lagos. I can’t wait to get started.”