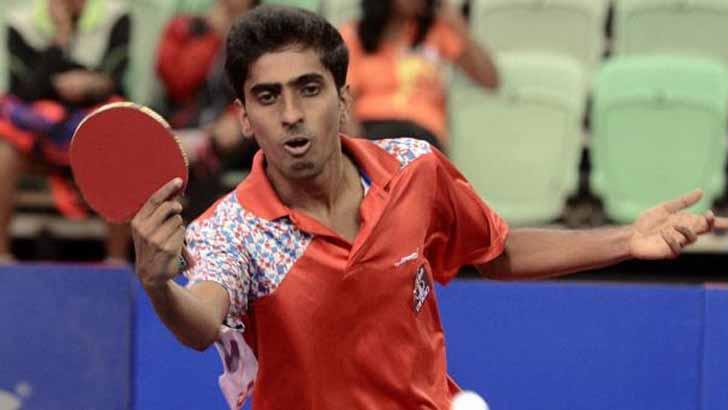 Sathiyan Gnanasekaran of India believes believes he can repeat last year’s feat he achieved in Belgium at the ITTF Nigeria Open tagged Lagos 2017. The 24-year-old is the second Indian after Sharath Achanta to have won an ITTF Tour title after his triumph at the 2016 Belgium Open, reports Extrasportsnigeria.com.

The Chennai-born star is making his first visit to Africa and is hoping that he can cause several upsets against some of the top stars in Lagos.

He said, “This is my first time in Africa and I am so excited about this. I am in very good shape and I hope to hit top 100 in the world by August. I am so confident coming to Nigeria and I hope I can keep up the good form. I would definitely would love to repeat the feat in Belgium and win the title here too in Nigeria.”

Gnanasekaran commended the organisers of the championships for attracting quality players to the tournament, adding that this would make the tournament more exciting and tough.

“The competition is quite good with some big names like Aruna Quadri, Li ping and many others having been confirmed. It will be tough competition but I will give my best and hope to create some upsets.”

Hoping that the Indian community in Nigeria’s commercial nerve centre – Lagos would rally support for the team, Gnanasekaran said, “I am excited to come to Lagos for the first time. I hope I can give my best and bring laurels to my country. I am hoping to make the finals and maybe also win the title if I keep up my good form.”

Also, the Local Organising Committee has selected two Mass Communication undergraduates for the media internship being part of the legacy of the competition.

Among the list of entries received from undergraduates across the country for the internships, Fadahunsi Olatosimi of University of Lagos and Olusegun Giwa of Lagos State University have been selected to undergo the media internship during the five-day competition holding from August 9 to 13 at the Molade Okoya-Thomas Sports Hall of the Teslim Balogun Stadium.