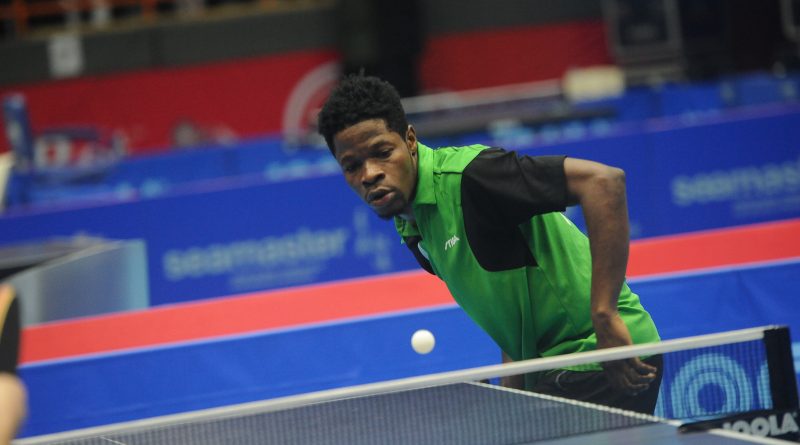 South Africa’s Kurt Lingeveldt worked his way into the round of 32 on Friday after an epic 4-3 win over Nigeria’s Bode Kayode as the ITTF Nigeria Open pings the home run, Extrasportsnigeria.com reports.
Kurt Lingeveldt, who is featuring in his maiden ITTF Challenge, was particularly excited by the huge support from the fans.
He said, “This is my first ITTF Challenge and it has been exciting and unbelievable for me with the huge support from the crowd coupled with the presence of top players. I was so nervous in the match and I was trying to be careful and make sure i put the ball on the corner. I was also hoping not to make the match easy for my opponent. I am happy making it to the second round because my goal initially was to qualify from the group and now I am in the round of 32. Now I am setting last-16 target for myself now.”
Also on Friday, India’s Sanil Shetty, Scotland’s Gavin Rumgay and Egypt’s trio of Ahmed Saleh, Mohamed El-Beiali and Khaled Assar sailed through to the second round.
But not everyone sailed through. A major victim was former Commonwealth champion, Monday Meroothun who was bundled out by France’s Jean Gregoire. The French star beat Merootohun 4-0 while toast of Lagos, Olajide Omotayo was dismissed by Russia’s Vasilij Filatov. Despite taking a lead twice in the game, Omotayo failed to capitalise on this to lose 4-3 to the Russian.
On Saturday the battle for supremacy in the singles and doubles event continue as the top seeds and others take to the table for the second round matches of the singles.