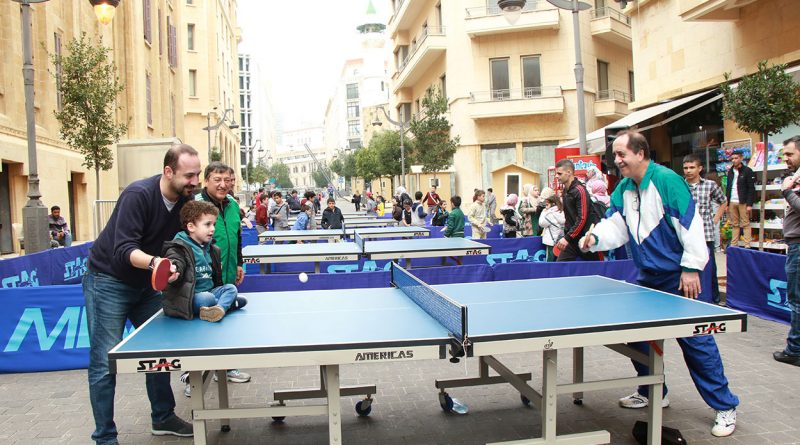 Following the devastating explosion in Beirut on Tuesday 4th August, Lebanon is now experiencing a deepening economic crisis amidst a rapidly rising cost of living, leaving thousands of inhabitants poverty-stricken.

A statement released by the game’s world body details that in support, the ITTF Foundation’s Governing Board called for an extraordinary meeting to decide possible ways to help the Lebanese Table Tennis Federation in these difficult times.

Having evaluated the situation, paying close attention to Lebanon’s table tennis community, a sum of USD 30,000 has been donated towards projects designed to re-activate table tennis in the nation, thus using the sport for positive social outcomes.

ITTF President & ITTF Foundation President, Thomas Weikert said, “We know that we can’t stop the crisis just by sending money, but we are convinced that table tennis can help at a second stage. As we did on other occasions in the past, our sport is able to reknit social networks and to help alleviate pain and trauma. We feel sympathy towards Lebanon, one of our ITTF family members, and we are committed to doing whatever is in our hands to provide support where possible.”

Invited to the extraordinary board meeting in his position as President of the Arab Table Tennis Union, Mr Khalil Al-Mohannadi, ITTF Deputy President, expressed his gratitude for the support.

“I feel for our Lebanese brothers and sisters. At this moment in history, having also been hit severely by the COVID-19 pandemic, it is more important than ever to stay united in these difficult times. I am grateful to see that the ITTF Foundation has reacted so swiftly to this human crisis with its Emergency Relief Fund. The ITTF is able to offer support quickly when needed.”

In the same extraordinary board meeting, Her Royal Highness Princess Zeina Rashid of Jordan was also welcomed to her new role on the ITTF Foundation’s Governing Board.

“The tragedy that has befallen our region’s beloved Beirut and Lebanon’s resolute and determined people has shocked us all. I am humbled and proud to be part of an institution that has responded swiftly to provide much-needed aid at this difficult time. I hope that the ITTF Foundation’s prompt action will encourage other like-minded and compassionate organisations to follow this example.”

The funding derives from the donations received for the #TableTennisUnited donation campaign, after the grant panel approved this as an exceptional use with incoming donations significantly higher than the applications received.