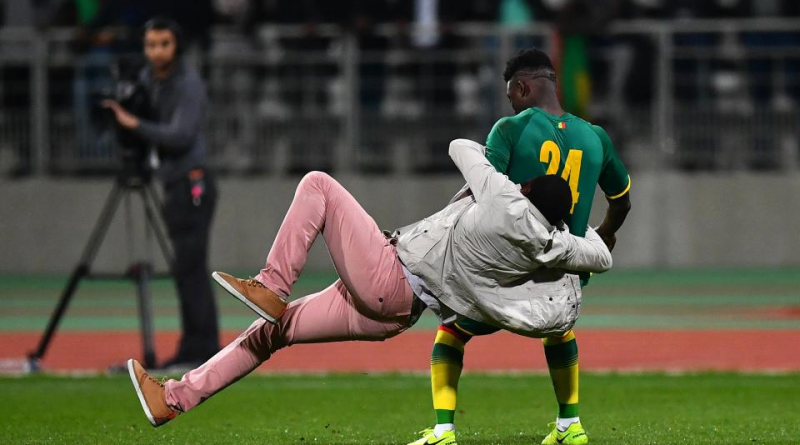 A friendly match between rivals Ivory Coast and Senegal was abandoned in Paris on Monday when fans invaded the pitch.

The African sides were level at 1-1 on 88 minutes when a handful of fans broke onto the pitch with one appearing to rugby tackle Senegal’s Lamine Gassama. The flying tackle was the highlight of the invasion.

The players ran from the pitch and referee Tony Chapron opted to end the game. Senegal had just played a 1-1 with Nigeria on Thursday in London before the trip to France.

L’Equipe journalist Herve Penot was in the ground and told BBC World Service the incident “could have been very serious.”

He added, “I wouldn’t say the people were violent, it was much more about trying to be with the players. But you never know what can happen, the organisation was a disaster, it was incredible.

“After 20-30 minutes a couple of people were on the pitch, then they couldn’t start the second-half because they had people on the pitch and the referee said if it happens again he will stop the game. It was very messy.”

Local media reported a group of supporters jumped over perimeter fencing at Charlety Stadium moments before the pitch invasion started.

It is the second time in five years that a game between the two countries has been called off because of crowd disturbances.

Senegal were disqualified from the 2013 Africa Cup of Nations when a riot led to a playoff between the sides being abandoned.