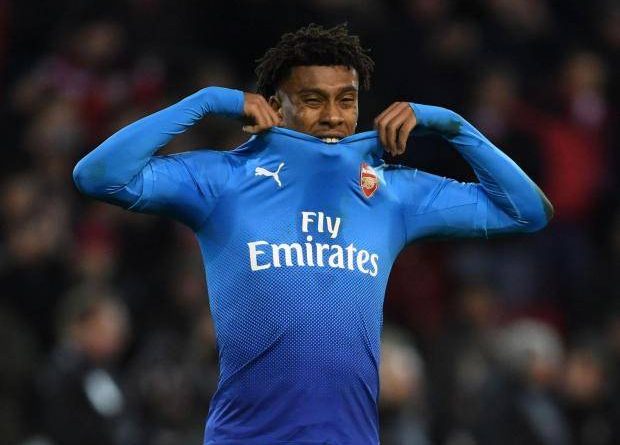 ARSENE WENGER has confirmed he is likely to hit Alex Iwobi with a fine after he broke a curfew to attend a drug-fuelled birthday party.

Iwobi has been exposed partying to 2am on Saturday ahead of Arsenal’s humiliating FA Cup defeat to Championship side Nottingham Forest on Sunday. The Nigeria midfielder turned in a dismal display as the Gunners were humbled 4-2 by a Forest side fighting against the threat of relegation to League One.

Wenger also said he had seen The Sun’s exclusive story about Iwobi’s partying.

He revealed he will be hauling the player in to demand an explanation, claiming his behaviour is “unacceptable”.

Wenger said, “If that is true he will be fined, it is impossible to go out before the game, it is unacceptable. I will see him to see if it is right or not.

“First of all you have to be cautious with all the news coming out. When you read what is reported it is like he has taken drugs, he has not been involved in that at all.

“He has been out at a birthday party, how long has he stayed is what is important.

“If your neighbour takes drugs what can you do about it? You are responsible for your own behaviour not anyone else. You know you want to prepare 100 per cent for a game but sometimes it is not a guarantee you will be of your best, but that is what is requested of your players.”

Wenger was expected to sit down with Iwobi after training on Tuesday to ask him to explain his actions.

And he will then decide whether the 21-year-old will be part of his squad for the Carabao Cup semi-final against Chelsea Wednesday night.

Iwobi has often been part of Wenger’s first team squad this season but that may now be under threat.