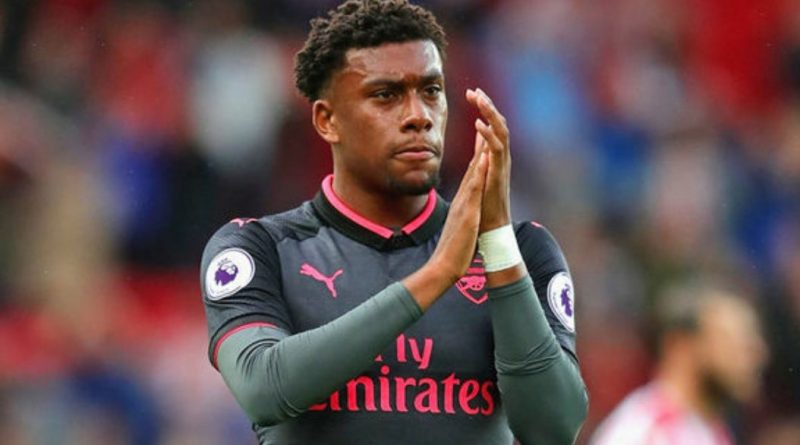 Nigeria international Alex Iwobi is set to renew his contract with Arsenal, reports Extrasportsnigeria.com. The online edition of The Sun UK says the Hale End Academy product has snubbed interest from Lazio and will sign a new five-year contract worth around £70,000-a-week when he returns to the United Kingdom this weekend.

He will pocket at least £18.2 million over the duration of his new five-year deal.

The 22-year-old Iwobi, who passed through the youth system at Arsenal, and is just two appearances short of 100 for the Gunners, has been a regular over the last two seasons.

However, his future at Emirates Stadium was believed to be unclear following the arrival of Emery as coach.

Iwobi, who scored three goals and got seven assists in 39 appearances in all competitions for the Gunners during the 2017/18 season, had received summer transfer interests from SS Lazio of Italy and Everton.

The announcement will be made official when Arsenal return from their pre-season trip to the Far East.

Arsenal had been in talks with Iwobi over a new contract since December 2017 and negotiations dragged on due to the departure of Arsene Wenger at the end of last season.

Iwobi first trained with Arsenal at the age of six and officially penned his first contract with the North London club when he was nine years old.

Arsenal are billed for two back-to-back matches as they line out first against Europa League champions, Atletico Madrid of Spain in the 2018 International Champions Cup before facing their new manager, Unai Emery’s former club, Paris Saint-Germain.

The matches are part of the preparations by Arsenal, ahead of Emery’s first campaign for English Premier League honours in charge at the Emirates club.