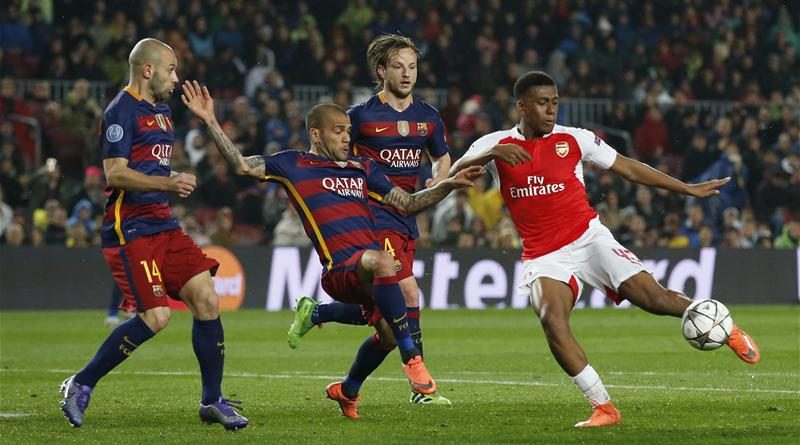 Nigeria’s Alex Iwobi will likely star for Arsenal in the Europa League when German side Cologne visit the Emirates for the match billed for Thursday, Extrasportnigeria.com reports.
The 21-year-old Nigerian trained on Wednesday morning with the main team and has been included in Arsenal’s Europa squad which could give him his tenth appearance at the continental level for the Premier League side. The Austin Jay Jay Okocha nephew could play along some others with Nigerian links – Chuba Akpom, Tolaji Bola and Aaron Eyoma.
Manager Arsene Wenger said at the pre-match press conference that he wants to rest some key players ahead of the Sunday’s big clash against Chelsea in the Premier League. He then assured the club supporters there was nothing to worry about the injury situation at the club.
He said, “We have no problems. We have a few players who are rested completely.
“The injury situation isn’t too bad. Coquelin is out for three weeks.”
Iwobi could not make the trip to Nigeria for the well advertised big clash against Cameroon this month due to the last minute injury he sustained prior to the game.