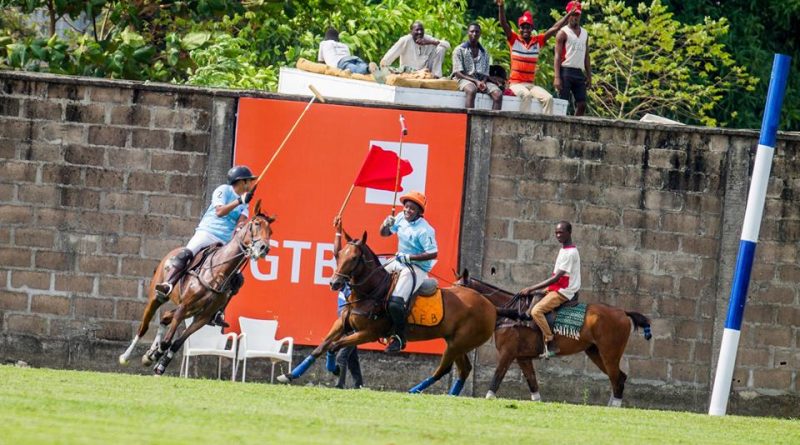 The first week of the GTBank sponsored 2018 Lagos International Polo tournament hit homestretch on Thursday as Lagos A-Plus edged Lagos Twinwaters 5-3 in the Open Cup. And Ibadan Jericho went through another disappointing day as they were beaten by Lagos Avon.

Four-goaler, Spaniard Mario Gomez was the star man of the match as he complemented his great play with beautifully-taken goals.

Augustine Canale, the six-goaler Argentine hitman for Twinwaters, also showed flashes of brilliance in an exciting match which draw lots of crowd. The result means the qualifier for the semi-finals will not be decided until the last round of game in the event.

Action in the Silver Cup is also at fever-pitch as Lagos Aragon, Lagos NTR and Lagos Avon all bagged victories as they strive to make the final four in the 14-team event.

Damtala Ibrahim and Tata Alli turned out in style to lead NRT to 8-4 win over Kaduna Dattaku while Lagos Aragon were in hot form as they galloped to a resounding  9 ½ – 3  win over Lagos United.

Ibadan Jericho went through another disappointing day as they were beaten by Lagos Avon 8-3 to bid bye to the tournament.

Four exciting matches are on the card for Friday with the duel between Lagos Leighton Kings and Lagos A-Plus the most anticipated.

A-Plus, formed by Seyi Tinubu (-1), Khalifa Ibrahim (3), Sadiq Dantata (1) and Leroux Hendricks (5) need a win to stand any chance of progressing to the knockout stage following their defeat to Lagos Twinwater in their first match.

On their part, Leighton Kings formed by Bowale Jolaoso (0), Yemo Alakija (1), Martin Juaregi (4) and Juan Cruz Guebera(4) are a balanced side who most pundits have tipped to go all the way to the final.

There are semi-final places up got grabs in the Silver Cup as Lagos RCF tango with Kano Hago. RCF were brilliant in their 8-5 win over win Lagos Lameana and much focus will be on 14-year-old Timi Badiru (-1), who puts on a star-man display the last time out for the RCF completed by Natalie Allan (-1), Mamadu Shehu (2) and Yusuf Katako (2).