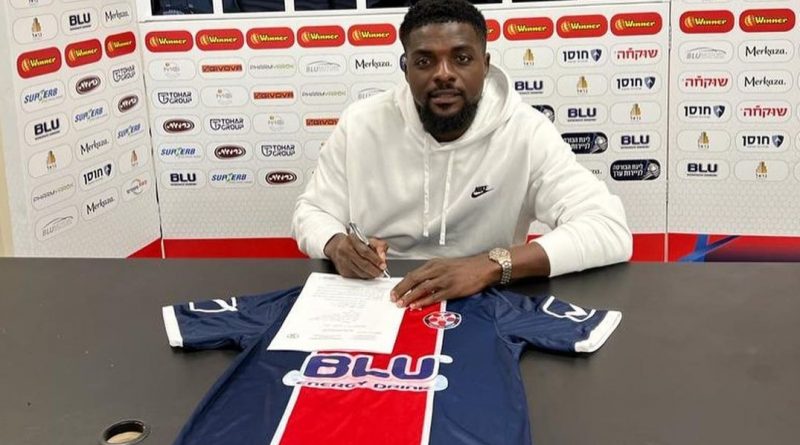 Erstwhile Super Eagles midfielder John Ogu has finally found a club. This comes after more than two years without a team.

The 33-year-old had been unattached since leaving Saudi Arabian club Al-Adalah in January 2020. But his difficult days are now over after he signed a deal with Israel’s Premier League club, Hapoel Nof HaGalil Football Club.

Ogu announced the move in a post on his Instagram page. The former Nigeria international posted a photo of him signing his contract papers and holding the jersey of his new team, Hapoel Nof HaGalil.

Ogu has returned to Israel almost three years after leaving the same league. During his first mission, the midfielder was on the books of Hapoel Beer Sheva, a club he joined from Coimbra in 2014.

Ogu has not played for Nigeria since the 2019 Africa Cup of Nations but he did train with the team at an unofficial level in the last days of former Nigeria coach Gernot Rohr.