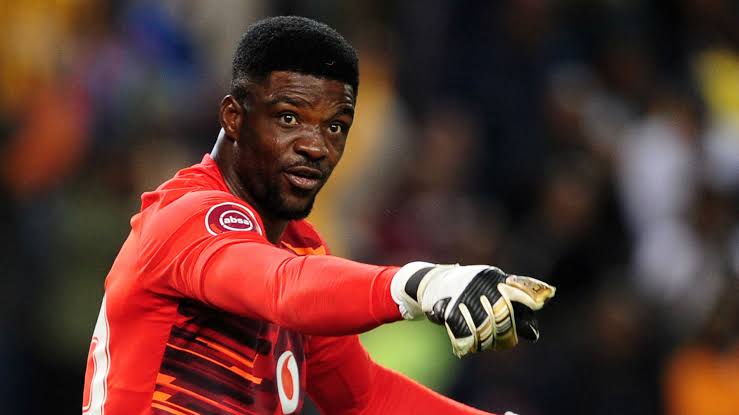 Nigeria international Daniel Akpeyi has extended his contract with South African league side Kaizer Chiefs. He will remain at the club until June 2022.

Akpeyi joined Chiefs in the January transfer window of 2019 on a one-year deal. The earlier move was a contingency plan after first choice goalkeeper Khune Itumeleng suffered a long term injury.

The Nigerian who manned the posts for the Super Eagles at the last African Nations Cup in Egypt has however been so impressive that he remained first choice goalkeeper for Coach Ernst Middendorp. Itumelong on his part has been in and out with niggling injuries.

The club confirmed on Wednesday that the 33 year-old Nigerian has agreed a contract extension that will see him playing with the club for another two seasons.

It is believed Chiefs value their Nigerian goalkeeper at €700k and this has been rated as the sixth highest in the club.

Statistics provided by transfermarkt.com indicate that the former Warri Wolves player is ranked the 625th highest in value among goalkeepers in the World.

But it was not all about Akpeyi this week. Chiefs also confirmed that Bernard Parker and Willard Katsande also signed. Both players will still be at the club through the 2020/21 season.

Kaizer Chiefs are currently top of the standings in the PSL, with 45 points, 10 clear of second placed Mamelodi Sundowns.

Akpeyi has made 16 appearances this season after 19 rounds of matches and could be on his way to securing his first major title if they hold out, Soccer Laduna noted.