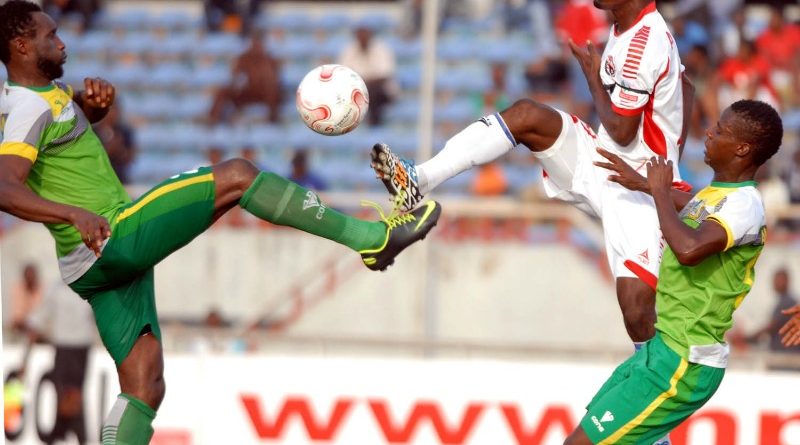 Kano Pillars are the new leaders of the Nigeria Professional Football League after they came from behind to draw 1-1 with hosts Enugu Rangers away in Enugu. Pillars now have 17 points from 10 matches and are ahead of second-placed Enyimba, who also have 17 points but with less goals. Enyimba beat Sunshine Stars 2-1 in Calabar.

At the other end of the table Niger Tornadoes moved off the bottom of the table after a 2-0 win over Abia Warriors in Minna.

In Enugu, striker Junior Lokosa netted his ninth goal of the season in the 87th minute after Godwin Aguda had given Rangers the opening goal four minutes from the break.

And in Ilorin, Rivers United recorded a rare away win at Kwara United courtesy of a stoppage winner by Chikere Osita.

The Ilorin club is now second from bottom of the table with 10 points from as many matches amid rumours of sweeping changes at the club soon.

Chikere produced a stunning header in the final minute of second half additional time on Sunday.

The big forward met a precise Malachy Ohawume cross with menace past a shell-shocked Eze Chidiebere in goal for Kwara United at the Kwara Stadium, Illorin.

It was a hard-fought win that saw Rivers climb five places to fourth on the NPFL standings after all of the day’s action match day 10.

Eguma shared his post-match thoughts with our official website, www.riversunitedfc.com.ng after the compelling contest.

“I want to congratulate my boys for the win but also credit must go to Kwara United because they also played very well, especially in the second half when they took the fight to us,” Eguma said.

“I decided to make a tactical switch late on by introducing Malachy because I knew we couldn’t just defend all through the second half and needed someone like him who could offer us a threat on the counter attack.

“In the end, it was the substitute (Malachy) who provided the assist for our winning goal.”

The win, Rivers United’s first on the road this season, was enough to see them close the gap on the leaders, Pillars and Enyimba to just one point.

Katsina United picked up their first point on the road at Wikki Tourists in Jos.

Martins Usule grabbed a much-needed equaliser for Katsina United three minutes from after Wikki shot ahead in the 25th minute through Shammah Tanze.

FC IfeanyiUbah and Yobe Desert Stars won at home, while MFM FC was held to a goalless draw in Lagos by Lobi Stars.