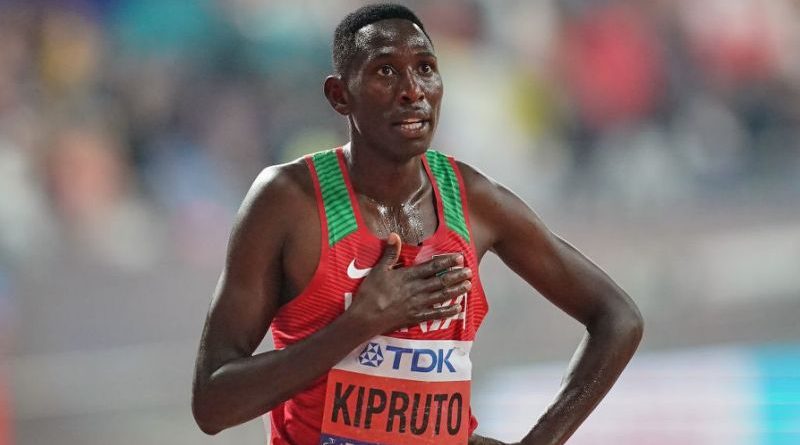 Kipruto, who had been planning to kick-start his season with a sub eight-minute run at the Stade Louis II on Friday (August 14), revealed his setback to Kenyan paper Nation Sport today, a day after completing his final speed work at the St Francis Chepterit High School track.

It is the second high-profile COVID-19 case in athletics in the space of a week following the news on August 1 that Wayde Van Niekerk, Olympic champion and world record holder in the 400m, had tested positive – although the South African’s manager has since said it was a “false positive.”

Kipruto, 25, was among 15 Kenyan athletes who had been cleared to compete in the Monaco leg of the pandemic-affected Wanda Diamond League programme after getting special dispensation visas to travel to the Schengen area, InsideTheGames reported.

Kenya is among the countries whose nationals have not been cleared to travel into European Union nations owing to the pandemic.

But the athletes were cleared to travel after Sports Cabinet Secretary Amina Mohamed and Athletics Kenya President Jack Tuwei intervened on their behalf at the Embassy of France in Nairobi.

Kipruto disclosed that he was tested on Thursday at Eldoret’s Moi Teaching and Referral Hospital and the results turned out positive.

“It’s indeed sad that the test came back positive,” he told Nation Sport.

“I don’t know where I got it because I have been following the guidelines set by the Ministry of Health.

“I am in contact with officials from the hospital and I’m waiting for them to give me the way forward.

Kipruto was expected to line up in the steeplechase alongside compatriots Abraham Kibiwott and Vincent Kipchumba, a pacesetter.