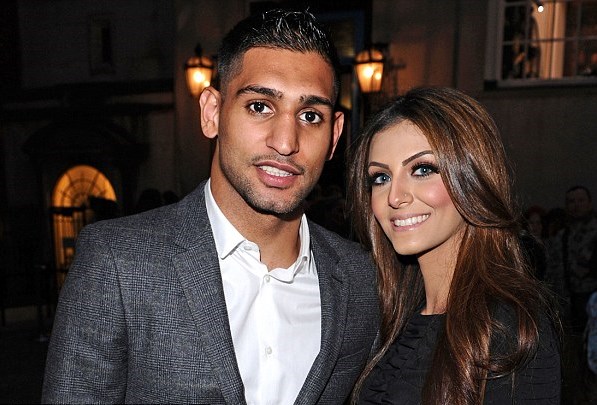 Boxer Amir Khan has apologised to Anthony Joshua after admitting that initial accusations of an extramarital affair between his wife, Faryal Makhdoom Khan, and the heavyweight British boxer were “all lies,” according to The Independent report on Friday.
The 30-year-old accused Joshua last week of having a relationship with his wife after their recent break-up and posted a series of alleged messages between the boxer and Ms Khan on Twitter.
But Ms Khan later revealed that such messages were “fake” and revealed that all issues had been “cleared up with both teams”.
In light of such revelations, Khan tweeted Joshua that he was “glad all is cleared up” and admitted that he had “got angry like any man would”.
The Nigerian-born fighter later responded that Khan’s apology had been “accepted.”
Khan first announced that he would be splitting with his wife last week following four years of marriage.
“So me and the wife Faryal have agreed to split. I’m currently in Dubai,” he said. “Wish her all the best.”
Khan first accused Joshua of having an affair with his wife last week after announcing that they would be splitting following four years of marriage.
The post appeared to suggest an amicable break-up, but Khan followed up with a series of messages accusing Ms Khan of having a relationship with 27-year-old Joshua following their break-up, and labelled her a “Golddigger.”
Alongside a picture of a separate conversation, Khan wrote, “Faryal moved on quick. Always mentioned to me how much she wanted to be with another guy, from all people another boxer.
“Lol moved up in the weight classes lol. Trust me I ain’t the jealous type. No need to send me pictures of the men your talking to #disgusted.
“Left my family and friends for this Faryal. I’m not hurt but another fighter. I’m making it public. You getting the divorce #Golddigger.”
Joshua defended himself on Twitter, posting a video of the song ‘It Wasn’t Me’ by Shaggy before adding: “Bantz aside, I hope you guys can resolve your situation or this is a hack as we have never even met! Plus I like my women BBW #ItWasntMe.”