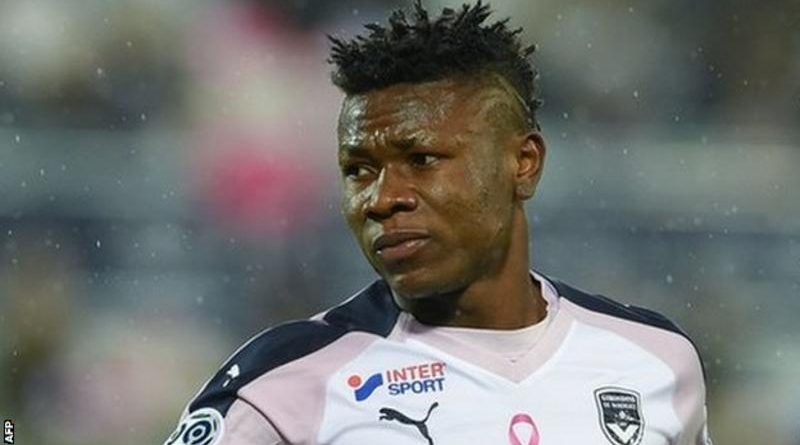 Kidnappers released the mother of Bordeaux and Nigeria winger Samuel Kalu on Monday after holding her for nearly a week, police in Abia State, Nigeria said on Tuesday.

Ozuruonye Juliet Kalu was seized from her car on February 27 as she travelled to her home in Abia. Reports said the kidnappers demanded some three million naira ($40,000, €35,000) for her release.

But it was not known whether the money was paid, Abia State police spokesman Godfrey Ogbona told AFP.

“She was released around midnight (2300 GMT) of Monday and she has been reunited with her people,” he said.

“Circumstances surrounding her release has not been disclosed to me for now. But we are still investigating the incident in a bid towards ensuring that those who carried out the act are arrested and brought to book.”

Kalu was quoted as saying the kidnappers initially asked N3m in payment, then upped the demand to N15 million.

“We waited the whole night, we did not see her. The next morning they called again (saying) that they want more money, that the money was (being) given to another person,” he added.

“Now they are asking for the ransom of N15 million.”

Kalu made a breakthrough into Nigeria’s national side in October last year, shortly after joining French Ligue 1 side Bordeaux from Belgian outfit Gent.

Kidnapping is commonplace in southern Nigeria and the family members of prominent, wealthy individuals are regularly targeted. Most are released within days after the money is paid.

Last year, the father of Nigerian World Cup skipper Mikel Obi was kidnapped at gunpoint during the tournament. He was released after payment of a N10 million ransom.