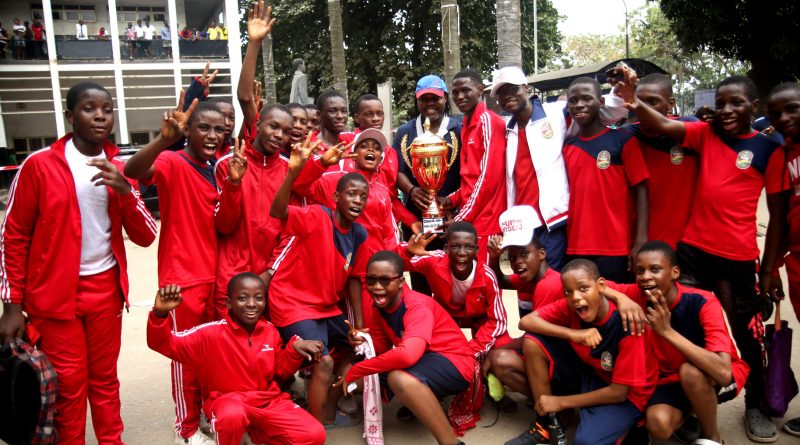 Former chairman of Lagos State Sports Commission, Kweku Tandoh and former Super Eagles player, Victor Ikpeba have advocated the re- introduction of secondary school sports and provision of sporting facilities as panacea to the dwindling sports development in the country.

They made the call Saturday during the centenary inter-house sports competition of King’s College, Lagos, held at the school premises. Hyde Johnson House won the competition.

Tandoh who was the chairman of the occasion, noted that with improved sporting facilities, many talented athletes in the mould of Mary Onyali, Chioma Ajunwa- Opara, Innocent Egbunike and Falilat Ogunkoya would be discovered.

He said he was happy that his alma mater is still holding annual-inter house sports which has helped in character building and enabled the students compete favourably with their peers from other schools with an appeal that it should be sustained.

Speaking in the same vein, Ikpeba, noted that  he was happy with the management of the school for combining education with sports, expressing confidence that with improved facilities, the students can do more and go ahead to win laurels for the country at international competitions.

Chairman o the Parent Teachers Association, Yinka Oduntan, commended the parents for their support, noting that as part of efforts to ensure students combine academics with sports, they have provided some sporting facilities to aid them.

He said, “I’m happy that the centenary inter-house sport was a huge success and the parents and teachers were quite cooperative starting from the planning to the event.

“Our association being mindful of the fact that all the students cannot be lawyers, doctors, bankers and engineers, we decided to encourage them to do sports with the provision of some facilities and I am happy, they are not lacking behind.”

Earlier in his welcome address, Principal of the College,  A.A. Agada, explained that the school management decided to be having annual inter-house meet because it understands the importance  of sports inculcating in the students the virtues of team spirit, healthy living and fully occupied outside the classroom and therefore less available to cultism, crime and other social vices that is affecting our schools today.

Hyde Johnson House amassed a total of 25 gold, 10 silver and 13 bronze medals to emerge winners of the competition while Harman’s House got 13 gold, 15 silver and 9 bronze to come second. Mckee House came third with 12 gold, 18 silver and 18 bronze with Pane’s House coming fourth with 7 gold, 11 silver and 22 bronze.