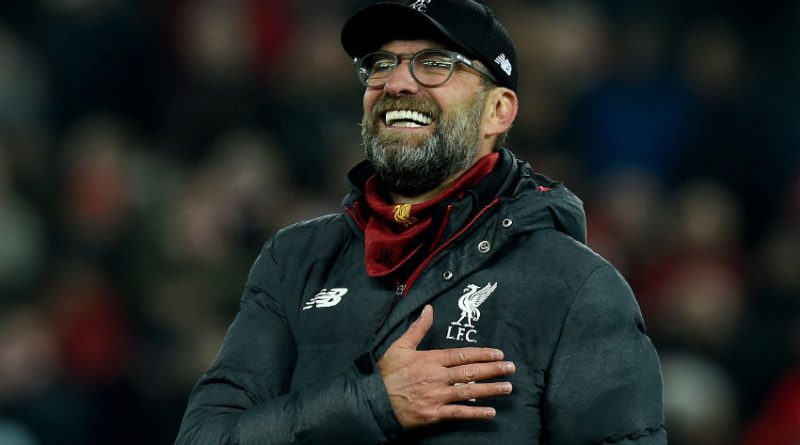 Klopp, whose side are now reigning European, World and Premier League champions, scooped the Sir Alex Ferguson Trophy for the LMA Manager of the Year, with the announcement made by the former Manchester United boss himself via Sky Sports.

In a personal message to Klopp after announcing him as the winner on Sky Sports News, Sir Alex said: “Jurgen, fantastic. We speak about Leeds spending 16 years in the Championship, but Liverpool, 30 years since winning that league, incredible.

“You thoroughly deserved it, but the performance level of your team was outstanding. Your personality runs right throughout the whole club. It was a marvellous performance.

“I’ll forgive you for waking me up at 3.30am to tell me you have won the league! Thank you, but anyway, you thoroughly deserved it. Well done.”

Liverpool boss Klopp vividly recalled meeting Sir Alex for the first time and said he could never have imagined receiving a trophy bearing the name of the five-time former LMA winner.

“I saw who won it before, some really big, big Liverpool names involved – not only Liverpool names – like Bill Shankly I think, Bob Paisley, Joe Fagan and Kenny (Dalglish) whose name seems to be all over the trophy. Brendan [Rodgers] also won it, which was well deserved.

“But the name on this is Sir Alex Feguson’s and I know it’s not 100 per cent appropriate as Liverpool manger but I admire him, not to say I love him.

“He was the first British manager I met and we had breakfast together. I’m not sure if he remembers it but I remember it still because in this moment it was for me like meeting the pope if you want. It was absolutely great and from the first moment we really clicked.

“I wouldn’t have thought one day I would be holding a trophy in my hands that was named after him.”

Klopp added: “I have to say thank you to a lot of people – and I know it is easy to say – but I am here on behalf of my coaches.

“I’m okay as a manager, but they make us a really special bunch of football brains and I love to work with them together. Pep Lijnders, Peter Krawietz, John Achterberg, Vitor Matos and Jack Robinson – it’s a pleasure. I could carry on with the list because we have so many great people here who make it happen.

“To my players, all of you who I have worked together with, I take this and I love it for all of us. Thank you very much, a very special season with a very special award at the end. Thank you I am really honoured to get it.”

Leeds head coach Marcelo Bielsa was named LMA Championship Manager of the Year after securing the title and promotion to the Premier League.

The award for Barclays Premier League Manager of the Year will be announced separately at the start of August.

Bielsa did not come away from the event empty-handed as he landed the Sky Bet Championship Manager of the Year award after leading Leeds to the title and a return to the Premier League after an absence of 16 years.

The 65-year-old Argentine thanked the club for hiring him, the staff he has worked alongside and the Leeds fans for showing him so much love.

“Finally, the biggest thank you is to the players themselves,” he added.