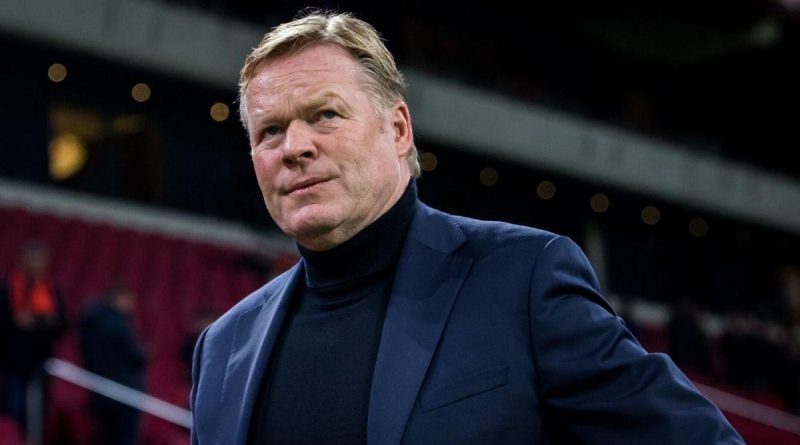 Finally, Ronald Koeman has been confirmed as Barcelona’s new manager as the Spanish club continue their rebuilding.

The Dutchman, who won four La Liga titles and a European Cup at the Nou Camp, replaces sacked Quique Setien in the hot seat.

And the 57-year-old ex-Everton coach already has managerial experience at the Nou Camp, spending two years as assistant manager to Louis van Gaal at Barcelona in the late 1990s.

Now boasting experience at Southampton and Everton as well as in his current position at the Holland national manager, Koeman is back.

Barcelona President Josep Maria Bartomeu said: “We bet on Koeman because of his experience of the Barça style, and that he believes in the Barça philosophy and he was in the dream team.”

Barcelona’s revamp comes after a humiliating 8-2 Champions League quarter-final defeat to Bayern Munich, which now sees the Spanish side without a European title for five years.

Setien saw the door three days after the result in Portugal, with director of football and club legend Eric Abidal following on the same day.

One of Koeman’s first challenges will be convincing captain Lionel Messi to stay as the Argentine has expressed a desire to leave this summer.

With a €700m release clause on his contract that expires next year, it has seen clubs such as Manchester United, Manchester City, Inter Milan and PSG linked with the 33-year-old.

But the Dutchman may not be so kind to other members of the squad, with only three other players reportedly in line to be kept safe.

And the club’s most expensive player in their history, Philippe Coutinho, could be one of the first casualties as Arsenal look to pounce.

He could be replaced in the midfield by Ajax midfielder Donny van de Beek, who has impressed Koeman in the Holland national team.

The 57-year-old is Barcelona’s fifth manager since the exit of Pep Guardiola in 2012, the last man to deliver a Champions League title in 2011.