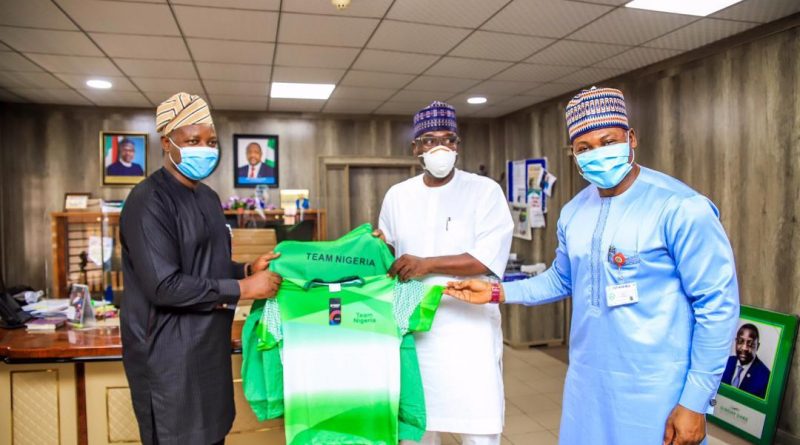 Kwara Governor, AbdulRahman AbdulRazaq, on Thursday visited the Minister of Youth and Sports Development, Sunday Dare in Abuja – a meeting that yielded fruitful deliberations in youth and sports development.

The Governor announced the government’s plan to immortalise football icon, Rashidi Yekini by naming the stadium at the Kwara State Sports in Ilorin after him. He added that progress had been made towards achieving that.

He said, “We will send a bill to the State House of Assembly to immortalise Rashidi Yekini with the name of the stadium changing after the approval.”

The Minister had told the Governor about the series of letters that the Ministry had written to the Kwara State Government for the immortalization of the late football legend.

Dare urged the Kwara State Governor to sustain his support for sports development while noting that sports help to reduce social vices.

Dare said: “I want to thank his Excellency for hosting our biggest youth games in Ilorin. We are coming to Ilorin again because of the facilities in University of Ilorin soonest for the youth games. I love the fact that you love sport and I want to encourage your Excellency to invest more on sports.”