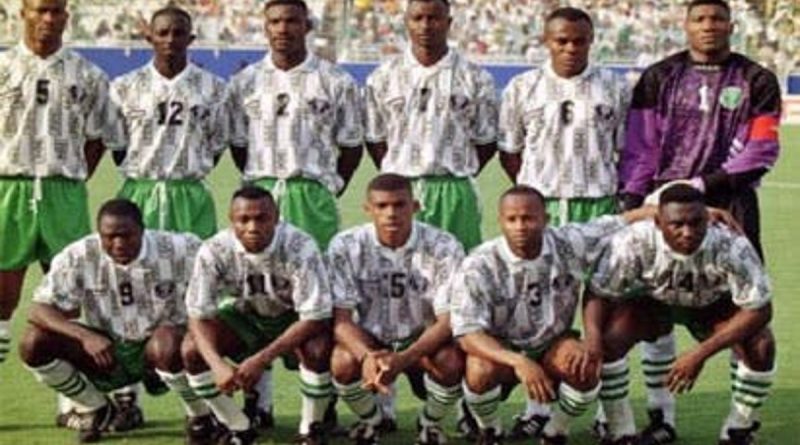 The Kwara Governor Abdulrahman Abdulrazaq has promised to host the 1994 Super Eagles squad in recognition of their roles in lifting the image of the country and keeping the memory of Rashidi Yekini alive.

The Governor made this pledge while on a visit to the Minister of Youth and Sports Development Sunday Dare on Thursday. Those who have deep knowledge of the meeting said they also discussed prospects in youth and sports development and areas of mutual collaboration.

Abdulrazaq on the occasion also announced that progress had been made to immortalize late Nigerian football icon Rashidi Yekini by naming the Kwara State Stadium in Ilorin after him as published by Extrasportsnigeria.com earlier on.

Governor Abdulrahman said he was a passionate follower of  the USA ‘94 squad.

“I was at the stadium in the US when Daniel Amokachi scored what seemed to be the best goal against Greece. It was quite memorable for me as an ardent lover of the game of football. After that goal, I fell in love with Jersey Number 14 which Amokachi wore.

“After the tournament, I knew it would be difficult to produce these set of great and committed footballers.”

Squad in Ilorin, to relive the memory of late Yekini who hailed from Ira Local Area of  Kwara State.

The Special Assistant Sports to the President, Amokachi said he was excited that the Governor had deemed it fit to rename the Kwara State Stadium after his late team mate, even as he was looking forward to the Governor hosting the team.

In his response, Dare urged the Governor to sustain his support for sports development, noting that sports helps in reducing social vices. “I want to thank His Excellency for hosting our biggest youth games in Ilorin, your Excellency we are coming to Ilorin again because of the facilities at the University of Ilorin. I love the fact that His Excellency loves sports. I encourage you to invest more in sports.”