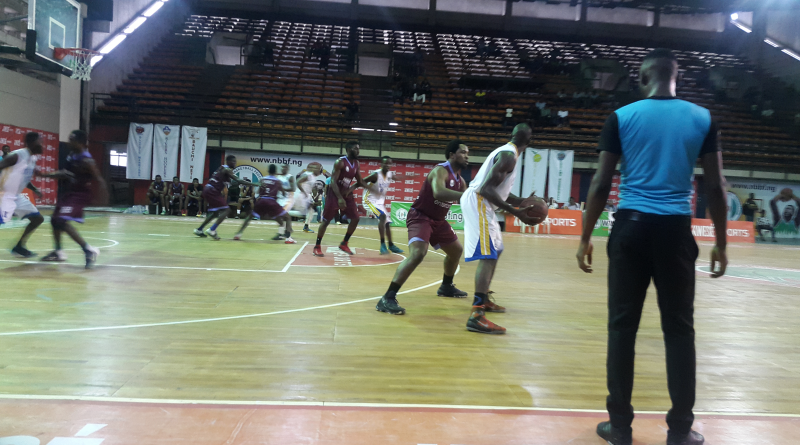 Coach of Kwara Falcons Adewunmi Aderemi left Lagos Sunday morning a disappointed and sad man after his team practically threw away their game against the Customs the previous night in the Kwese Premier Basketball League, Extrasportsnigeria.com reports. The Customs fought back to beat Falcons 76-68 in one of the regular season’s game played over the weekend.

Aderemi told Extrasportsnigeria.com, “We threw away this match; too much complacency. My post players were worse for it. They simply lost their nerves and just could not score. This is so sad because we had the game going about the last quarter. This is a huge disappointment.”

Falcons who were the guests in Lagos took the first quarter 23-19 and went for the break still leading 43-38. At this stage their fans were hopeful for the maximum points in the match that left the Sports Hall of the National Stadium electrified. What remained constant was the intensity and excitement of the match and the fans loved every moment. Every other pattern of the game changed.

Customs planned well and within the first five minutes of the third quarter had taken the lead at 51-48. By the end of the third quarter Customs were leading 60-51. They had recovered and stayed in front until the buzzer despite their 20 turnovers compared to the Falcons’ 12.

David Godwin of the Falcons led scoring hitting down a total of 33 points but no assist. Customs Ayodele Oluwaseyi, Seun Akinwale and Solomon Igho scored double digits of 15, 13 and 14 points respectively.

There were two games at the same venue on Saturday as Police Batons were hosts of Oluyole Warriors in the next match. The game that started so dully in the first 20 minutes got enlivened from the third quarter when the Ibadan Warriors introduced their favourite point guard Moses Okpoye who arrived at the venue late. The small-sized Moses led his team back into the game and could not lead them to total victory. The visitors who were down at 30-11 in the second quarter tied up the game at 55-55 but they had clearly run out of steam in fight back and still lost the match 62-56.