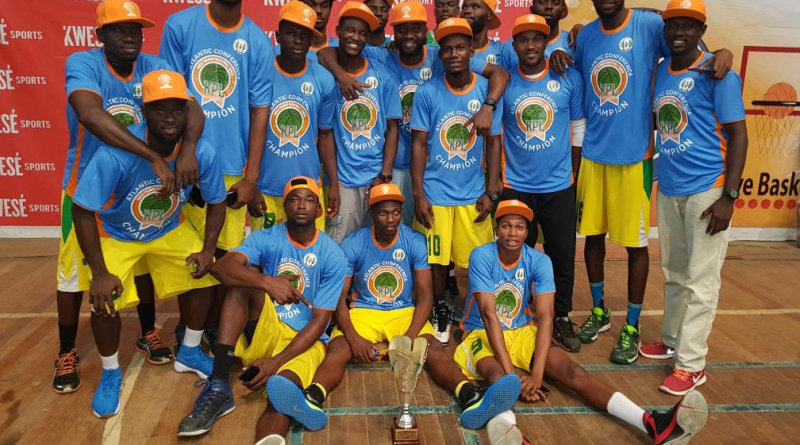 Nigerian league champions, Kano Pillars and Kwara Falcons have emerged champions of the Savannah and Atlantic Conference Six of the Kwese Premier League respectively. Both teams won all their five matches in the conference playoffs Extrasportsnigeria.com reports.
The competitions were played the Murtala Muhammed Square, Kaduna and the Indoor Sports Hall of the Kwara Sports Complex, Ilorin for the Savannah and Atlantic teams. The Final-8 has been scheduled for Kano from September 4 to 9.
Kano Pillars defeated hard fighting Gombe Bulls 104-97 points in their first game; Kada Stars 91-58; Bauchi Nets 85-44; Niger Potters 103-71 and then beat Plateau Peaks 80-64 in their last match.
Pillars coach Sani Ahmed said, “Winning the Savannah Conference shows the level of consistency in the club. It also tells of the amount of hard work put in by the players.”
Ahmed said the ultimate goal of the team is to retain the national trophy next month.
“The team is not one hundred percent perfect yet. We are still a high scoring side averaging 80 points per game but we are still going to do more so as to defend and win the Final 8 at home in Kano. Our tradition is to win any tournament we find ourselves in. So, we aim to retain the Final 8. We have noticed some weaknesses and lapses in the course of our games and will work on them before the Final 8.”
In the Atlantic Falcons led by Adewunmi Aderemi, beat Police Batons 106-70, Oluyole Warriors 77-67, Customs 84-73, Hoops and Read 78-73 and Rivers Hoopers in the last game. In the Atlantic Conference, Rivers Hoopers placed second, Hoops and Read third place and Customs fourth. Police Batons and Oluyole Warriors didn’t make the Final 8.
Aderemi said. “My dream is to help pick a continental ticket for the club.”