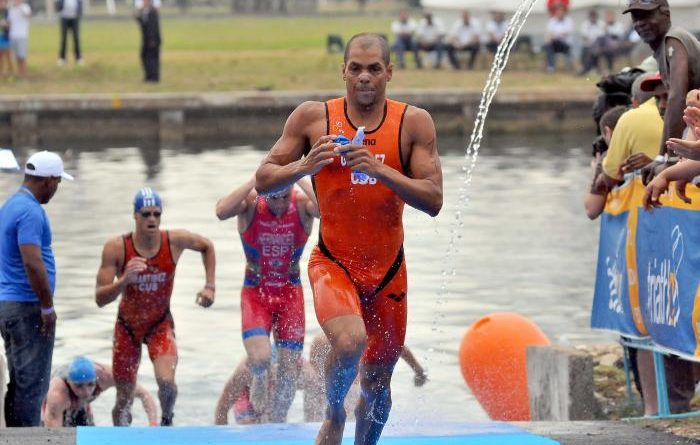 A very high number of Team Lagos athletes have applauded the performances of the Chairman of the Lagos State Sports Commission, Dr. Kweku Tandoh, over the years.

The athletes, expressed satisfaction especially in the areas of welfare, prompt payment of salaries, facilities, competitions and the development of sports in the state since the executive chairman, Tandoh, resumed office.

The overall captain of Team Lagos, Tunde Mohammed, told our reporter: “So far, so good, sports have been doing very well under Dr Tandoh. In fact, he continued where the late Deji Tinubu stopped.

“While preparing for last year’s National Sports Festival in Abuja, we were camped for a long time and the athletes’ allowances and bonuses were paid, so we went to the festival in Abuja very happy. Even at the festival venue, there were on the spot cash rewards for athletes who won medals. This further morally boosted Team Lagos athletes to do well, where Lagos finished fourth with a total 146 medals from 36 gold medals, 37 silver and 73 bronze the biggest haul among all the 36 states that participated.

“Team Lagos was given the best accommodation for athletes in Abuja. It was not different for the junior athletes at the National Youth Games in Ilorin. The motivation spurred the athletes on to win the overall second position behind Delta State.

“The Commission does not owe us salaries, the same with our grants. The only thing we are waiting for is our cash reward from the governor for winning medals at the last editions of the Sports Festival in Abuja.”

The Secretary of the Team Lagos athletes, Oluwatosin Solademi, told our reporter that, the administration of Tandoh has brought greater development to sports in the state.

“He has performed excellently well with the help of the sports-loving Governor Akinwunmi Ambode.

“Sports facilities in Lagos now are better than before, a situation which attracts other states to come to Lagos to train for major competitions.

“For the first time in history, Team Lagos athletes were paid up-to-date at the National Sports Festival in Abuja. If you ask the other athletes they will tell you the same thing that, the best we have got has been under the chairmanship of Dr Tandoh. He doesn’t hide matters concerning athletes’ funds, if there is any mix up, he calls the associations secretaries to clarify.”

It was gathered that, the only people who are complaining about the leadership of chairman are the contract coaches whose contract expired on December 31, 2018. They insist the Chairman should help add speed to the discussion as they are no longer getting their monthly grants and salaries.