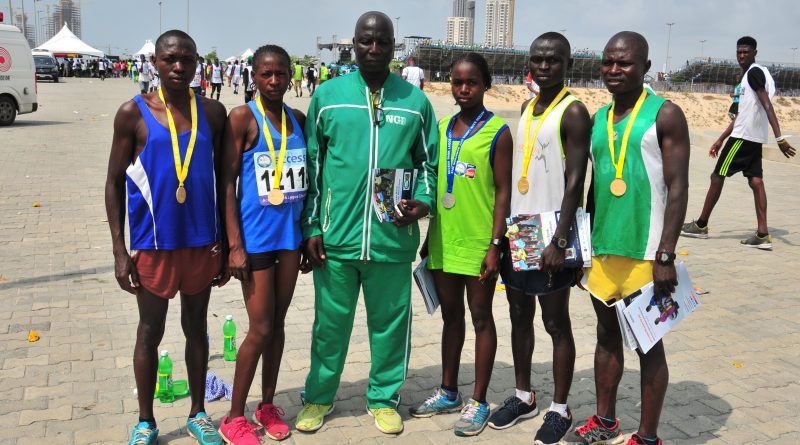 Runners in the stable of Nigeria’s foremost marathons and road races club, the High-Altitude Athletics Club of Jos, have vowed to send the men’s national record in the full marathon to the athletics archives at the 2020 edition of the Access Bank Lagos City Marathon. The event will hold on February 8, 2020.

The current national record of 2 hours and 15 minutes was set by Army Officer Abass Muhammed about three decades ago.

High Altitude head coach Steve Nuhu told journalists on Monday that, “Access Bank Lagos City Marathon is our premium event and there is no better place to set a new national record than our best races as the attention of the world media will be on us.”

With all the nation elite runners like Emmanuel Gyan, Deborah Pam under his stable, Nuhu will not reveal which of the runners is primed to break the national record.

“I won’t talk about that but all I can tell you is that we are coming to Lagos with about 30 runners. Of this number, 25 are ready now by the end of the month the other five will be ready but I can assure you that one of these runners will set a new national record.”

Nuhu said he is proud that Nigeria is the nation that is behind the biggest one-day event in Africa.

“Everywhere I go, I sing the praises of the organisers and sponsors of the Access Bank Lagos City Nigeria. We have been able to prove to the world that we can organize a world-class event like New York or Paris Marathon in Lagos.”