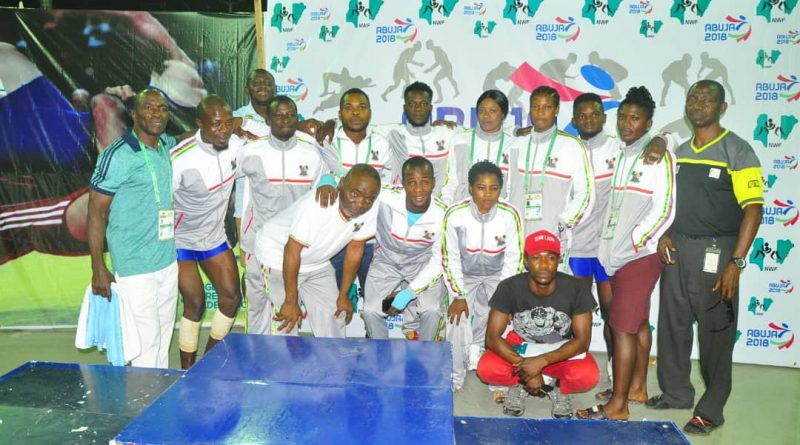 Lagos State has emerged as the fourth best team after 10 days of competitions in the 19th National Sports Festival, Abuja 2018. Team Lagos was led by the Chairman Lagos Sports Commission, Dr. Kweku Tandoh.

The Lagos Sports Commission boss, Dr. Tandoh, who was in Abuja throughout the duration of the 19th National Sports Festival with the 442 state athletes said to a reasonable extent he was satisfied with the performances of athletes and officials especially as the state stuck to its principle of using home-grown. The athletes were developed under the state’s grassroots development programme over the years.

Tandoh said: “It’s feels good to know that Team Lagos presented the youngest athlete at Abuja 2018, and also created the biggest upset in the entire festival achieved in the women’s table tennis event.

“We take consolation in the fact that the states that emerged on the overall medals’ ahead of Team Lagos were aided by foreign based professionals who exploited the opportunities of the Sports Ministry declaring the festival open to all classes of participants.

“We stuck to our guns following strictly the original tenets of the National Sports Festival which is basically to discover and develop hidden talents for the country. We are satisfied that Team Lagos has done that for Nigeria at Abuja 2018.

“With consistency, we are sure of making remarkable improvements at the next edition of the festival. I want to say very big congratulations to all our registered 442 athletes who competed in the festival as they are all winners and give kudos to those 146 athletes who won medals for Team Lagos.

“Our governor, Akinwunmi Ambode, is the biggest winner here with his total support and funding of Team Lagos to the Festival. We say a very big thank you for keeping Lagos sports going.”