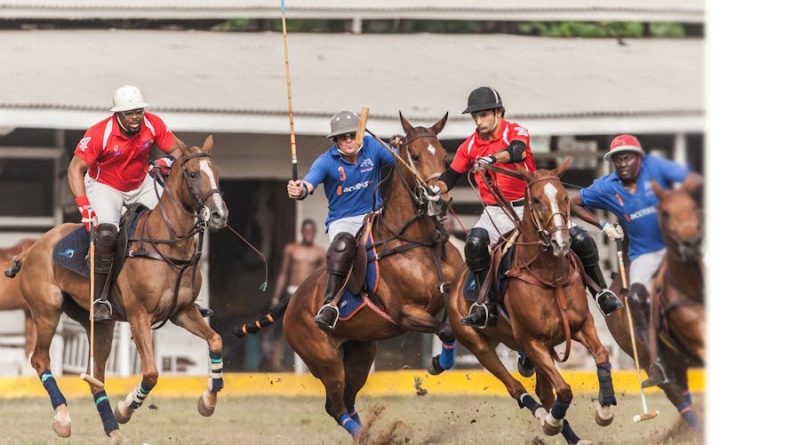 A last minute brilliant solo goal by Ashraf Yahaya secured a 6-5 win for Lagos Alchemy as they edged Lagos Avon as the 2018 Lagos Polo International Tournament got underway on Tuesday.

In another Silver cup match, Kano BUA also clawed back to beat Ibadan Jericho 5-3 in the opening match of the two-phase tournament which has GTBank as main sponsor.

In the match between Alchemy and Avon, Sodiq Rabiu also played a key role as Alchemy triumphed despite falling to two-goal in the first chukka. He scored two great back hand goals to keep his side in the game.

The match between Jericho and BUA was heading the former’s way as they raced to a 2-0 lead courtesy of goals by Edozie Onwuli and team captain Koyin Owoeye but Abba Dantata and Baccha Mustapha had the final say as they scored the fourth and fifth goal in the final chukka which began with scored level 3-3.

Quite remarkably, 11 year old Selim Dantata also played a key role in the win on a day he showed that he has the potential to join the fold of polo players lighting up the Nigerian polo stage from the Dantata clan.

There are four matches lined up for Wednesday with the match between Lagos RCF featuring Natalie Allen, the only female player in the tournament battling Lagos Lameana.

Allan, who made her debut last year, is hoping to turn on the style once more as she hopes to come out victorious with her team in this clash.

“I’m excited to be playing again and I’m looking forward to a good game. Playing with Yusuf Katako and ‘boy wonder’ Timi Badiru will be a great experience for me. This year’s competition is fierce and we are looking for goals and looking to prevent goals as well because qualification will boils down to how many goals you scored in the matches you won and how many were scored against you Tuesday by beating Lagos Avon and Ibadan Jericho.

Other matches on the card for midweek will see Kano Hago tango with Port Harcourt Strata base while Lagos Anglestone will face Ibadan Eleyele.

The final match of the day promises to be explosive as Lagos STL face off with Lagos Twin Water.