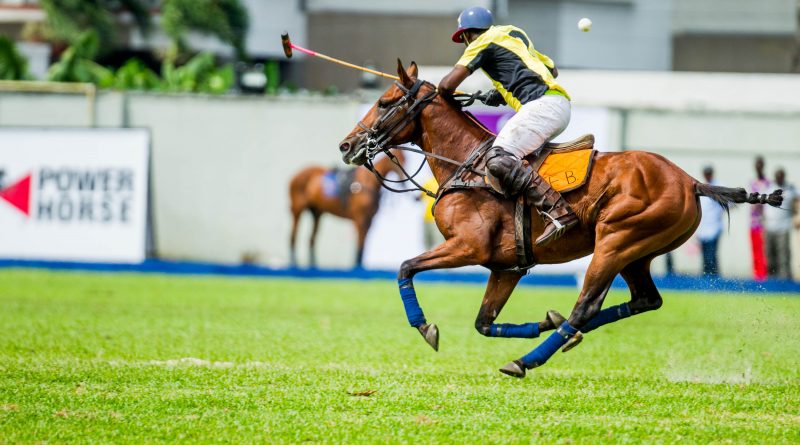 Lagos Caverton/Sao Polo began their chase for a place in the final of the Low Cup of the 2018 Lagos International Polo Tournament mainly sponsored by GTBank with an 8-4 ½ win over Lagos STL. Lagos Optima Energy out-galloped their city rival, Lagos Plug to also brighten their chances of making it to Sunday’s final.

Martin Juaregi, unsurprisingly, ran the show on behalf of Caverton/Sao Polo netting a large chunk of his side’s goals while Jamilu Umar and Rotimi Makajuola, the side’s patron, were also on target.

STL parading Omololu Agoro, Mario Gomez, Khalifa Ibrahim and Seyi Tinubu, who is the patron began on ½ goal handicap but had their lead wiped off in the opening chukka with Argentine four-goaler, Juaregi scoring twice but STL stayed in touch with a goal by Ibrahim.

The third match of the day saw Lagos Plug having no answer to the intense play of Optima Energy who ran out 7-2 winners.

Ibrahim Dantala and Saidu Umar starred as Optima Energy were optimally energized for what turned out to be a resounding victory.

Goals difference is always going to play a huge part in the race for who among the eight teams will clinch the sole ticket in the League 1 which has eight teams and the both Umar, the hitman and Dantala enforced their presence in the game while, Timi Badiru, 14, also had a game to remember.

The match between Lagos Agad and Kaduna Trappco which was called-off due to poor visibility was concluded with Agad scoring a goal to win 7- 5 1/2 having led 6 – 7 1/2 before the final two minutes was decided.

Friday’s schedule will see Ibadan Bodija file out against Port Harcourt Elshcon, who had a very slim chance of progressing after their defeat against Kaduna YY Sublime in their first match. Lagos La Mansuri are in for a tough meeting with Lagos A-Plus/DDSS while the penultimate match which is also in the Low Cup will see Kano Dantek/YBL confront YY Sublime.

The day’s activities will be rounded off with the Italian Ambassador Cup between two selected teams.