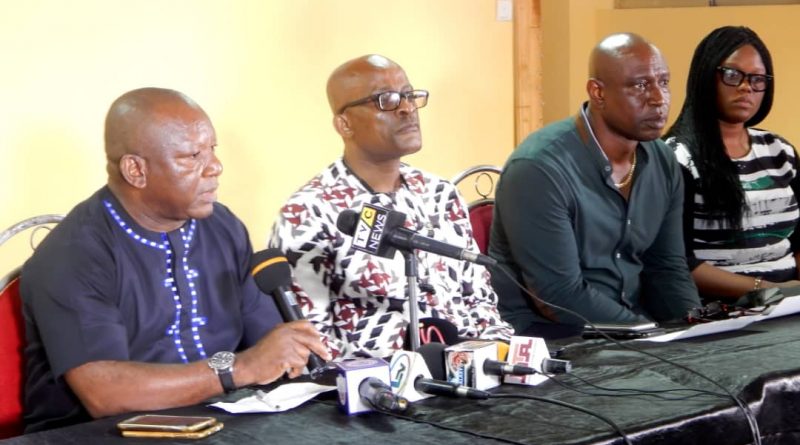 All is now set for the inaugural edition of the Lagos Media Marathon. The modalities and motivation behind the 10km Road Race were revealed at a press conference held on Thursday at the Teslim Balogun Stadium, Lagos.

The Chairman of the Lagos Media Marathon committee Tony Ubani, said it was necessary for journalists and indeed the public to give a closer look at their health and fitness. He said the planned marathon is just one of the several programmes being put together to help media practitioners stay healthy.

Ubani said, “We are opening the event to all our members; we want to try as much as possible to show the world the wonders that Lagos State have been doing.

“Our aim is to prolong the life of our journalists. Lagos is the Mecca of journalism in Nigeria and we want to take advantage of that.”

Chairman of the Nigeria Union of Journalists, Lagos, Dr. Qasim Akinreti, noted that a media marathon is quite novel, and he expressed delight that Lagos was blazing the trail yet again.

“This is first of its kind in the whole world because we have never heard of it before and that’s why it is extremely unique and with the support of the state government, we believe we are going to get the best.

“I am looking forward to the success of the media race. We want to add our own little contribution to the development of tourism, arts and culture in Lagos State.

“For Lagos journalists, we want to add value to marathon in Lagos and Nigeria,” The Lagos NUJ chairman stated.

Chairman Lagos State Sports Commission, Dr. Kweku Tandoh, assured that the Lagos Media Marathon will be well supported by the state as it falls into the action plan of Lagos Gov. Akinwunmi Ambode.

The first edition of the Lagos Media Marathon has tentatively being fixed for Saturday, December 1, 2018.