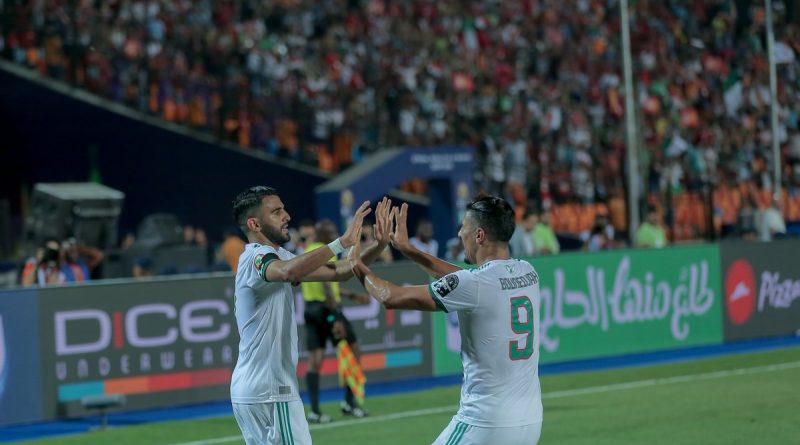 Riyad Mahrez rifled in a stoppage-time free-kick to earn Algeria a dramatic 2-1 victory over three-time champions Nigeria on Sunday. The goal has set them up for a rematch with Senegal in the Africa Cup of Nations final billed for Friday.

The Algerians started the match quite better and went ahead when Super Eagles defender William Troost-Ekong turned a Mahrez cross into his own net five minutes before halftime.

Nigeria equalised out of the blue midway through the second half with a penalty awarded for handball and converted by Odion Ighalo following a lengthy VAR review.

The thousands of dollars promised the Nigerian side could not propel the Eagles to fly high. A high powered Nigerian government delegation led by the country’s Senate President that arrived in Cairo for the match could only watch suffer their second defeat in the 2019 AFCON.

There were ugly scenes as bottles were thrown after the equaliser. Algeria will face Senegal in Friday’s final.