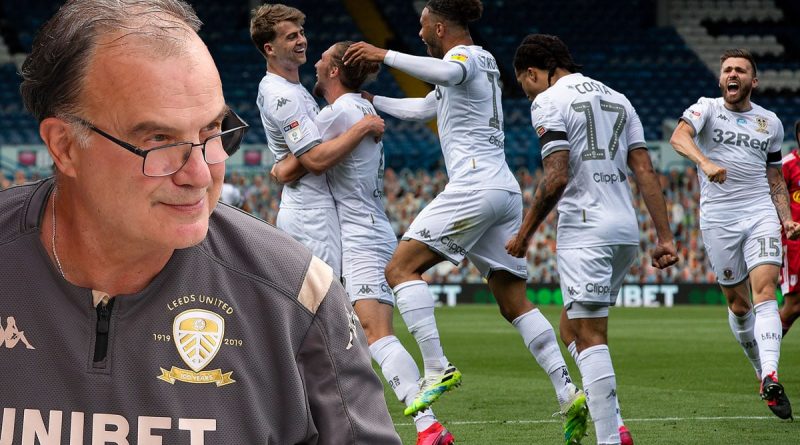 Leeds United are finally back in the top flight after securing promotion from the Championship to the Premier League after 16 years and 15 managers worth. of pain

It cost 16 years, 15 managers, five owners, one relegation to League One, one administration, four play-off defeats and a couple more near misses, Leeds are back. They returned today.

Owner Andrea Radrizzani took a massive gamble when he enticed Marcelo Bielsa to Elland Road in June 2018 to make him the best-paid manager in the club’s history.

For all his fine football and success with Argentina and Chile, Bielsa was tagged as a nearly man because of his failure to win anything in Europe.

His critics said his teams always faded in the home stretch because he ran his players into the ground, playing his energy-sapping, high-intensity possession football, The Mirror reported.

Last season’s collapse when Leeds lost to spygate rivals Derby in the play-off semi-finals after topping the Championship for most of the season backed up this criticism.

Despite having to sell top scorer Kemar Roofe and teen talent Jack Clarke to balance the books following this failure, Leeds shrugged off this disappointment to be even stronger this season.

They have been in the top two for most of the season and have powered towards the finishing line, winning their last four games.

So much for Bielsa’s sides fading at the last.

Bielsa has also won promotion his way. He has never deviated from his passing style of football, which has inspired the likes of Pep Guardiola and Mauricio Pochettino.

The South American never lost sight of doing what he felt was best for the team and all his decisions have now been vindicated.

Credit must also go to Radrizzani and after a succession of owners, who failed to deliver for Leeds’ long-suffering fans, the Italian has won promotion three years after taking full control.

The final mention must go to Leeds’ fans and they deserve this moment more than anyone because of what they have endured since 2004.

Leeds are back and the Premier League will be all the better for their return.