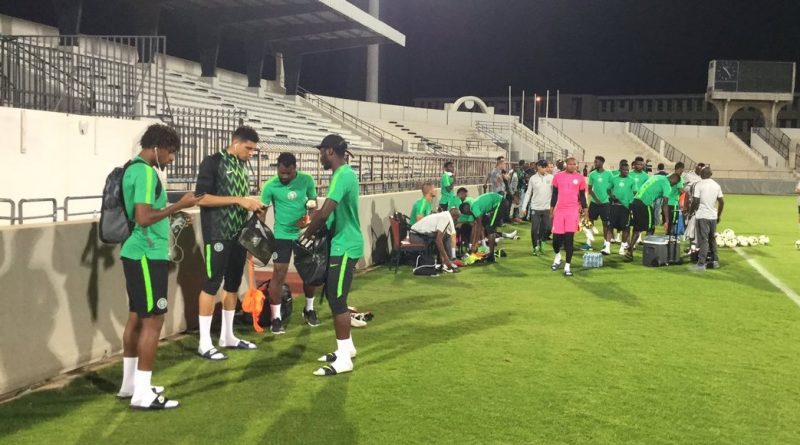 Libya’s game plan for Tuesday’s reverse fixture against Nigeria has suffered a huge blow. The Libyan team captain, Muhammad Nashnoush is suspended and will thus miss the 2019 African Nations Cup qualifying match. But the hit is not only on Libya as but four Super Eagles players could face similar sanctions for their next game against Seychelles.

As for the Eagles, Wilfred Ndidi, Kelechi Iheanacho, William Troost-Ekong and Kenneth Omeruo all have yellow cards against them in the run of the 2019 qualifiers.

The Libya captain earned the suspension after he went into the referee’s bad book in the fifth minute of his side’s 4-0 loss to Nigeria in Uyo last Saturday, while protesting the penalty awarded against his side.

The Al-Ahly Tripoli star, who was in goal when Libya won CHAN 2014 in South Africa, has manned the goalpost in all matches played by the North Africans in the AFCON 2019 qualifiers.

The Nigeria delegation for the qualifying match landed safely in the Tunisian city of Sfax on Monday evening. The Eagles proceeded to train soon after at 7pm. Nigeria and Tunisia are on the same time zone.

The chartered Max Air aircraft that took off from Uyo and had a stop-over in Kano to refuel touched down at the Sfax Airport at 4pm. The players and their officials are staying at Zeitouna Hotel.