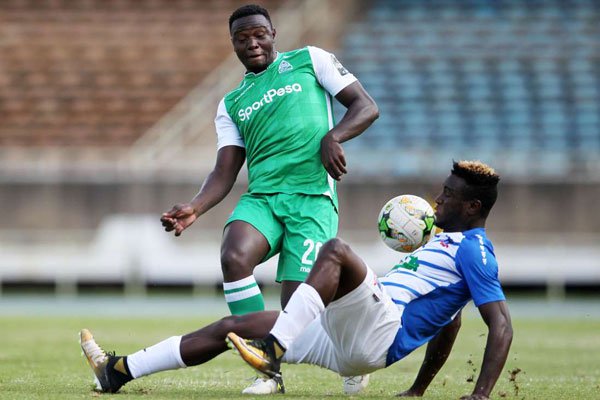 Lobi Stars practically wrestled their way into the CAF Champions League stage when they defeated Kenyan giants Gor Mahia 2-0 on Saturday, Extrasportsnigeria.com reports. The match was played in Enugu, Nigeria.

The Kenyans had won the first leg 3-1 in Nairobi a week ago but could not defend their two-goal margin. Gor Mahia eventually crashed out on away goals rule after the teams tied 3-3 on aggregate.

Lobi Stars are now in the lucrative group stage of the competition while the Kenyans have been relegated to the second tier CAF Confederation Cup play-offs ahead of the December 28th draw by CAF.

Striker Sikuru Alimi was Gor’s tormentor in chief on Saturday at the Nnamdi Azikiwe Stadium in Enugu State. He scored twice in the 72nd and 78th minutes, to condemn the visitors to defeat in spite of great celebrations and boasts from their fans that followed their first leg victory.

Gor Mahia midfielder Humphrey Mieno summed up the match in Enugu: “It turned out to be a very tough game for us. We almost made it happen (win the match) but then had to suffer through some decision making. We could have scored at least one goal but it wasn’t to be.”

The Kenyans will make the solemn journey back to Nairobi on Sunday.