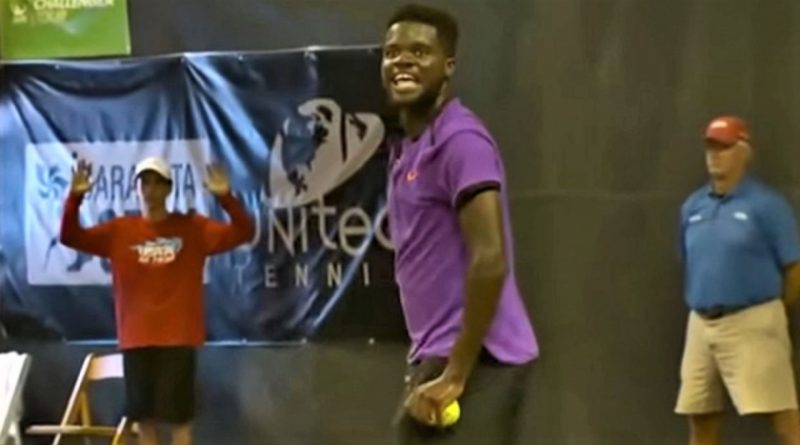 Twitter was abuzz late on Wednesday as Frances Tiafoe and Mitchell Krueger were in the midst of a Sarasota Open match when the distinctive sounds — one might even call it a racket — of a couple enjoying themselves began floating out over the court. An announcer initially believed the noise came from an adult video on a cell phone, a reasonable enough explanation if the phone was piped through a loudspeaker. Several of the international dailies have reported on Thursday also.

Soon enough, though, the noise became impossible to smile at and ignore. Krueger hit a ball in the direction of the noise. A minute later, Tiafoe even offered up a critique: “It can’t be that good!”

Announcer Mike Cation offered congratulations to the happy couple on Twitter: Much love to the couple with the windows open across the way! Sounds like you guys had a good time!@SarasotaOpen.

It’s certainly not the first time that fans have livened up a sporting event with a little side action. Fans of the Toronto Blue Jays got freaky so often in the hotel rooms of the Rogers Centre (link is safe for work) that the hotel had to issue specific rules prohibiting such “encounters.”