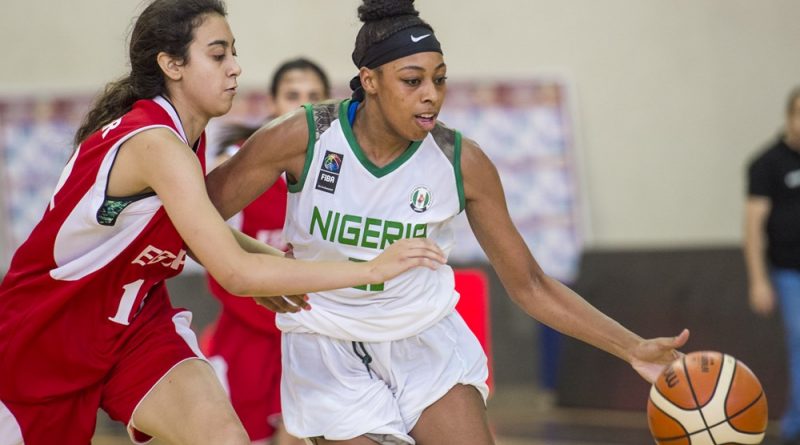 Pius Ayinor
Nigeria became the first country to qualify for the quarter-finals of the 2017 AfroBasket for Women after flogging Egypt 106-72 Sunday morning while many Nigerians were still in church, Extrasportsnigeria.com reports. The Nigeria versus Egypt game was the first of the many on Sunday.
The win over the Egyptians gave the West Africans three straight wins having beaten Mozambique and Congo in their first two matches. In the Sunday match WNBA draft Evelyn Akhator made it double-double scoring 24 points and grabbing 13 rebounds. Her teammate Elonu added up to that with 8 assists. Sokiaia Deghady of Egypt shot 15 points as the top scorer for her side.
D’Tigress won all four quarters at 20-15, 30-14, 29-20 and 27-23.
Nigeria’s next match is on Tuesday against Guinea before the big one against Senegal the following day.