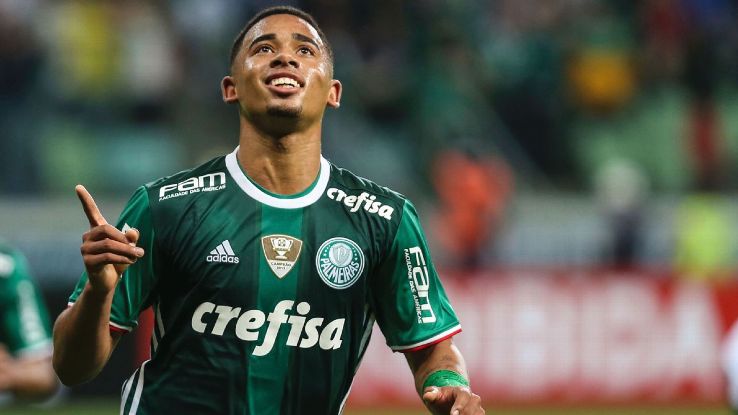 City agreed to sign Jesus on a five-year contract in August, but the 19-year-old was immediately loaned back to Palmeiras until the end of the Brazilian season in December.

With City having now completed his registration, he could make his debut for Pep Guardiola’s side in Saturday’s home game with high-flying Tottenham Hotspur.

“I want to win titles and Manchester City is a club that is used to winning,” Jesus said in comments published on the City website.

“City is a club that always competes for the title in the competitions it enters, so that was an important factor, and because of the manager, Guardiola, and the squad.”

Jesus, who can play right across the front line, is one of the most highly rated youngsters in world football and is reported to have cost City an initial fee of £27 million ($33.3 million, 31.2 million euros).

He helped Palmeiras to their first league title in 22 years last year and has scored scored five goals in his first six games for Brazil.

“Gabriel is a technically gifted player who was chased by some of Europe’s biggest clubs and we are delighted he decided to join City,” said City’s director of football Txiki Begiristain.

“He has the potential to become one of the best attacking players in the game and we look forward to watching him develop further here in Manchester.

“I think with Pep Guardiola as manager and the squad we already have here, Jesus has the perfect platform to reach his full potential.”

Jesus’s arrival is a timely lift for Guardiola, who finds himself under intense scrutiny after last weekend’s chastening 4-0 defeat at Everton.

It was City’s fifth league defeat of the season and left them in fifth place in the table, two points off the Champions League places and 10 points below leaders Chelsea.