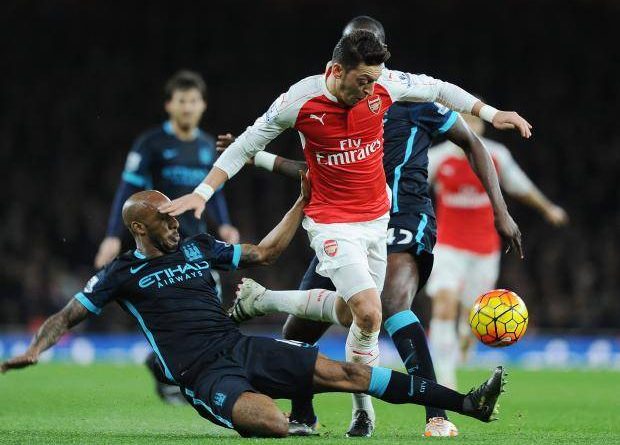 Manchester City produced a scintillating performance to comprehensively beat Arsenal for the second time in five days and extend their lead at the top of the Premier League to 16 points. It was on a Thursday night that Nigeria winger Alex Iwobi was not in Arsenal’s starting XI, but dropped instead to the bench.

After beating the Gunners 3-0 in the Carabao Cup final on Sunday, it was hoped that Arsenal would give their teeming fans some relief at home to the league leaders but it was not to be. City dominated in a toxic atmosphere at a half-full Emirates Stadium.

Bernardo Silva opened the scoring in the 15th minute, beautifully curling in a left-footed strike into the far corner after Leroy Sane’s mazy run. David Silva finished off a fine team move in the 28th minute for City’s second before Sane did the same five minutes later.

Arsenal had the opportunity to cut the deficit shortly after half-time but Ederson saved Pierre-Emerick Aubameyang’s penalty.

The result sees City pull further away from Manchester United at the top of the table and marks Pep Guardiola’s 100th game at the club with a win.